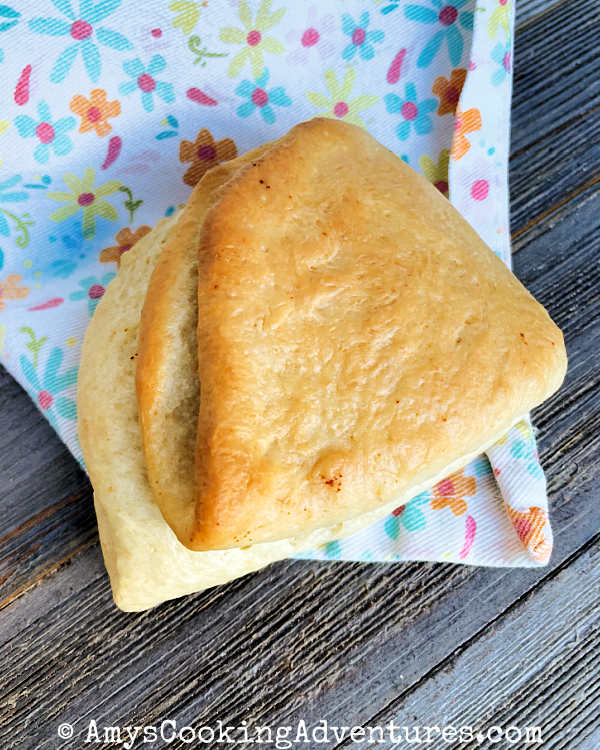 It’s the 10th which means we’re hopping on a virtual plane and traveling for the Eat the World Recipe Challenge!  This month takes us to the South American country of Guyana.  Guyana is on the northern part of South America and seems to be heavily influenced by Caribbean cuisine.

I was going to make Guyanese Cheese Pies (they look a lot like mini quiche), but time got away from me, so I went back to the drawing board.

I ended up on my stand-by...a fantastic regional bread and I was so happy I did!

In my secondary research, I found the glorious butterflaps.  Butterflaps are a buttery, flaky, pull apart roll reminiscent of croissants or crescent rolls, but with fewer steps.

The dough itself calls for quite a bit of butter.  Then, each roll is individually stuffed with more butter (as opposed to the lengthy laminating stage in croissants or the chilling phase of crescent rolls). Spreading the butter over the dough reminded me a lot of making cinnamon rolls - another fantastic treat.

These rolls were very well received by the entire family.  These are best served fresh from the oven, but aren’t shabby left over either!

Check out all the wonderful Guyanese dishes prepared by fellow Eat the World members and share with #eattheworld. Click here to find out how to join and have fun exploring a country a month in the kitchen with us! 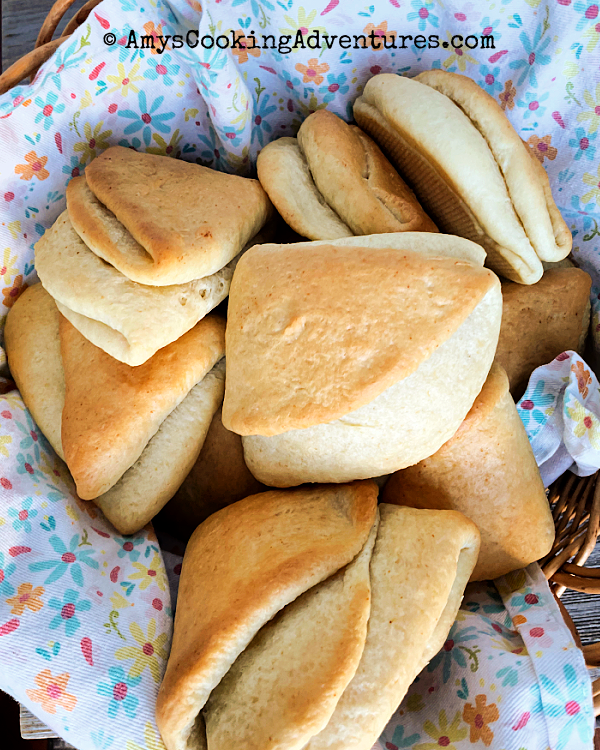 Stir together the water and sugar until the sugar dissolves, set aside.

Place 3 ½ cups flour, salt,  and yeast in the bowl of a stand mixer fitted with the paddle attachment and stir to mix.  Take ½ cup of the butter and cut into the flour until a crumbly mixture is formed.

Add the sugar mixture.  Switch to the dough hook and knead until the mixture comes together to form a soft dough.  If the dough is too sticky and won’t hold together, add the remaining flour a couple tablespoons at time.

Place the dough in a greased bowl and cover with plastic wrap or a damp kitchen towel.  Set aside in a warm place to rise until doubled, about 45 minutes.

After rising, punch down the dough and preheat the oven to 350 degrees F.  Divide the dough into 2 ½ ounce pieces (I got 14 pieces).  Roll each piece, one at a time, into a flat round.  Smear a small amount of the remaining butter over half the circle, leaving a small margin at the edge.  Fold over in half and pinch the edges to seal.  Spread a bit more butter over half again, then fold over into a quarter, pinching the edges to seal.  Place on a baking sheet.

Once all the butter flaps are folded, bake in the preheated oven for 20-25 minutes or until browned.  If there is any butter left over from the previous steps, melt it and brush it over the butterflaps.  Bake for another 2-3 minutes or until they reach a deep golden brown.  Serve immediately.