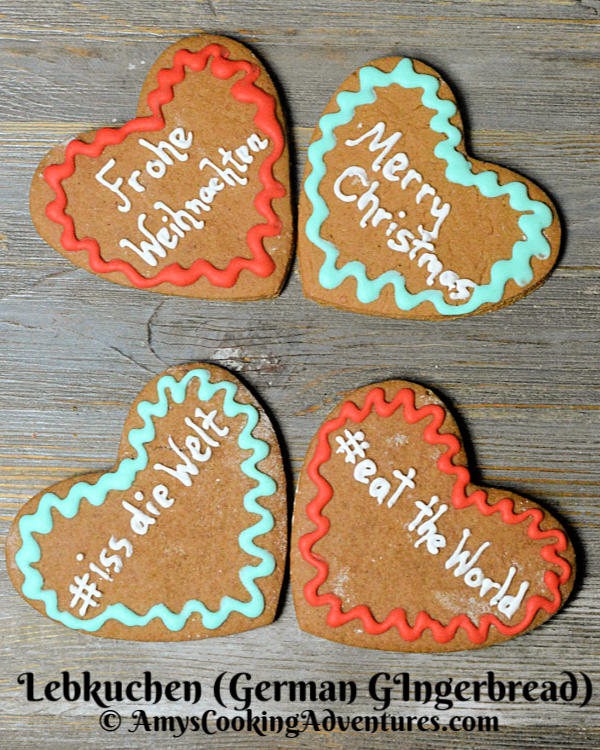 Woah, did time ever get away from me!  That’s December for you, isn’t it?

You guys – I have so many fantastic recipes to share with you!  I started off with good intentions!  Then there was crazy weather Thanksgiving weekend, so we hunkered down and decorated for Christmas.

Then we were just getting back in the swing of things and Hubs came down with not-the-flu.  Not-the-flu is identical to influenza (high fever, body aches, sleeping all day, etc) but with a negative flu test.  Poor guy, he was super sick (feeling much better now, thankfully), but I was thrown into a super busy week, being both parents, cooking, cleaning, carting the kids everywhere, and obsessively bleaching the house to keep anyone else from getting the crud (and we’re all blessedly healthy, thank you Jesus!)  Needless to say, I was exhausted at the end of each day and had no brain power left for blogging.

So here we are at this month’s installment of the Eat the World recipe challenge hosted by Evelyn at CuturEatz.  Usually, a country is assigned each month and we choose a recipe from that country to stretch our culinary skills.  But this time, (like Halloween once before), it was flipped and participants were tasked with creating a Christmas recipe from their country of choice.

I almost went with Norwegian Lefse, since I just taught myself how to make that (look for a recipe sometime in the future), but decided I wanted to make something that represented my family history instead.

I’ve highlighted Ukraine a couple of times on the blog, because though I am about 75% German ancestry, the baking grandma is “German from Russia” (most likely modern-day Ukraine, due to similarities between grandma’s Easter Bread recipe and Easter breads around Europe).

I grew up with recipes that would definitely qualify as “American”.  Baking grandma reminisces that her parents (and their friends) spoke German, but never taught my grandma or her sisters.  My great-grandparents wanted their daughters to be American, so the language and (presumably) many traditions were not passed down.

However, as a nod to my German heritage, I decided to make the Christmas classic: gingerbread!  I’ve read many historical-fiction novels that mention Lebkuchen, likening it to gingerbread.

So I began my research, and as often is the case, there are a million variants to lebkuchen.  Here’s what I learned…

Lebkuchen is a big deal in many parts of Germany and recipes are often closely guarded secrets.

While I’ve always thought of gingerbread as a Christmas cookie, in Germany, Lebkuchen is a “special occasion” cookie (holidays) because of the extensive number of spices some recipes include.

Most recipes for lebkuchen were written in grams and I didn’t have the energy to convert it (I made these while Hubs was down with the flu), so we all have to weigh ingredients for this one.

Lebkuchen is especially popular during Octoberfest, when cookies are often  cut in a heart shape, hung on a string, inscribed with endearments, and given to a sweetheart.

When I think gingerbread, I think molasses and ginger.

The common threads I found in the lubkuchen recipes I found online were citrus, honey, and spices (usually cinnamon and clove (only sometimes ginger), but often many more).

I decorated my lubkuchen to emulate the Octoberfest lebkuchen, even though it’s Christmas.  Google translate assured me of the spellings of Merry Christmas and Eat the World.

So what was the verdict?  Hubs most definitely prefers gingerbread.  The citrus flavor was dominant, along with the clove, for a very interesting flavor profile.  I liked them a lot better when I thought to myself… “lemon cookie”.

All in all, these aren’t making the annual Christmas cookie list, but I’m glad I gave them a shot!

Check out all the wonderful Christmas/holiday dishes and sweets prepared by fellow Eat the World members and share with #eattheworld.

Lebkuchenherzen
Adapted from My German Recipes

Preheat the oven to 350 degrees F and line baking sheets with parchment or silicon mats.

Place the honey, sugar, and butter in a small saucepan over medium heat.  Cook, just under a boil, and stir until the butter and sugar are melted.  Set aside to cool slightly.  Once cooled, stir in the lemon zest and egg.

Place the flour, cocoa, baking powder, cinnamon, cloves, and salt into a stand mixer fitted with the paddle attachment.  Stir to mix.

Pour the liquid ingredients into the dry and mix on low until combined.

Turn the dough out onto a floured rolling mat.  Roll out the dough evenly.  Cut heart shapes from the dough and move to the prepared baking sheets.

Bake in the preheated oven for 12-15 minutes.  Remove from the oven and cool on the trays for 5-10 minutes, then move to wire racks to cool completely.

Once cooled, the cookies can be decorated with frosting.