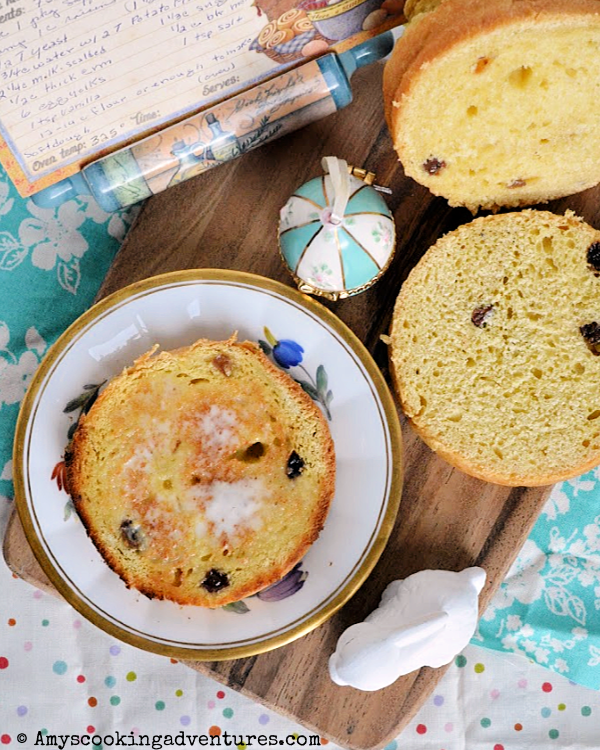 Every year, my grandma makes Easter bread.  She makes an enormous batch (enough for the extended family) that calls for a whopping 24 cups of flour!

As the family gets larger, there’s not always enough bread to bring home, so

I thought it was high time that I learned to make grandma’s Easter bread myself. 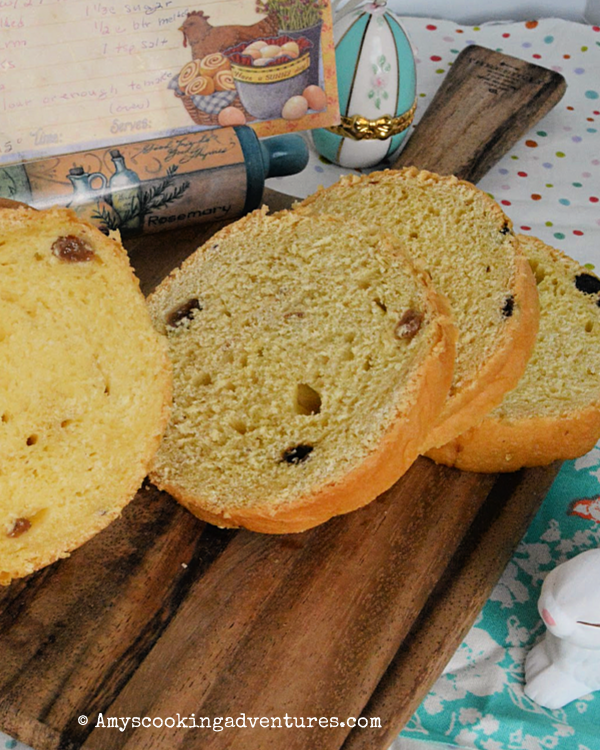 Since I was just making it for my own family, I cut the recipe waaaaay down

(about a quarter of the original) and still had 3 loaves!

I also set out to research the history of this Easter bread and the best I can tell, given that the bread is traditionally baked tall (my grandma uses old metal coffee cans), and includes both saffron and raisins, I believe the recipe has its origins in Ukraine.  My great-grandmother was German, but born in Russia (she immigrated to the US with her family when she was 12) and it is believed that some of her family was either Ukrainian or lived in Ukraine at some point. 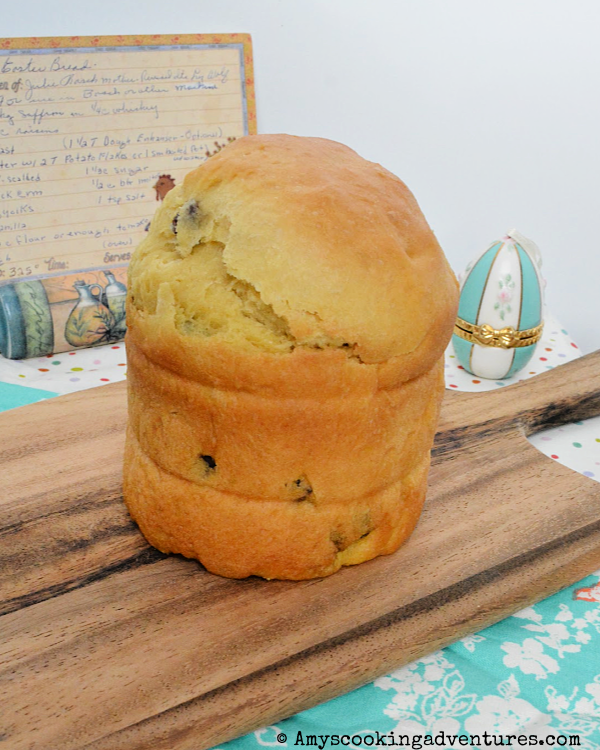 As I was researching Easter bread, I also found that this eggy, sweet bread is served on Easter because it signifies the end of the Lenten fasting!

Easter bread has been on our Easter table for as long as I can remember and it is a tradition I will be sure to pass on to my own children! 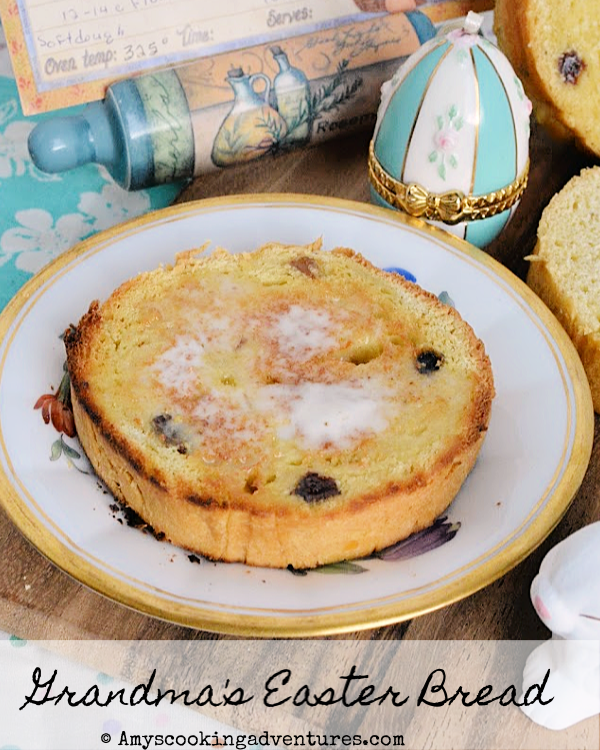 The night before baking, place the saffron into the whiskey to infuse.

Place the raisins in a bowl and cover with water (this will plump the raisins so they do not dry out the Easter bread).

Boil the potato in water until tender.  Set aside (with water) to cool.

Scald the milk (heat to steaming).  Add the butter and stir until melted,

set aside to cool.

Drain the potato (reserving ¾ cup of the cooking water). Place in a blender and blend until smooth.

In the bowl of a stand mixer, stir together the warm water and yeast.

Add a pinch of sugar.  Set aside until foamy.

In a separate bowl, whisk together the saffron whiskey, potato water,

Add the liquid mixture to the yeast mixture along with 4 cups of flour and the salt.  Mix with the paddle attachment until smooth.

Switch to the dough hook.   Add the raisins and the remaining flour, 1 cup at a time until a soft, sticky dough is formed. Dough is ready when you are able to pinch a piece off and roll into a sticky ball between your fingers.

Turn the dough out into a heavily floured surface.

Knead a few times, then cover with plastic wrap.

Knead a few times and recover every 10 minutes for the next hour.

Preheat the oven to 325 degrees F and spray pans with nonstick spray.

For traditional Easter bread, bake in metal coffee cans, otherwise use 9x5 inch loaf pans.  Cut into 4 equal pieces (approximately 1 pound each) and place into the prepared pans.  Allow the dough to rise for 30 minutes.

Bake in the preheated oven for 45 minutes.  Bread is done when it is browned and reaches an internal temperature of 190-200 degrees F.

Remove bread from pans and cool before cutting and serving. 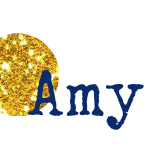