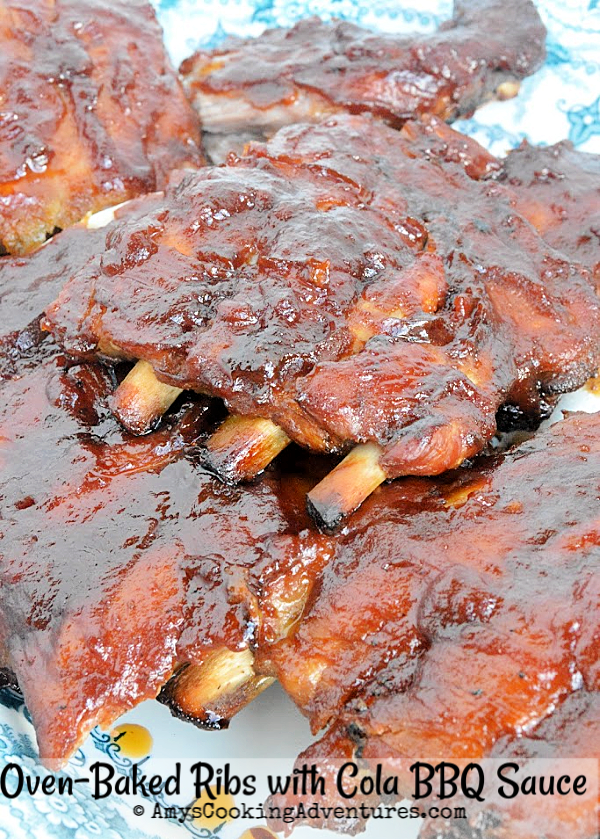 It’s the 10th, which means it’s time for this month’s Eat the World Recipe challenge!

This month’s challenge takes us to the USA!  But since the USA is so large and diverse, the theme was narrowed down to Soul Food.  Soul Food in the USA typically refers to foods and cooking techniques used by people of African American heritage in the Southern United States.

One of the best soul food recipes I came across was BBQ Ribs.  In the past, I’ve only eaten bone-in ribs at restaurants.  But that tender meat, falling off the bones, drenched in BBQ sauce was amazing.  When I saw this challenge and then found a couple racks of ribs at the grocery store, I knew it was time to make these myself!

The recipe below is intense.  The flavors build and build as these ribs cook, with a dry rub, a baste/marinade, and a homemade BBQ sauce.  It is incredibly time consuming as well, but well worth the effort.  The ribs were bursting with flavor and melted in our mouths.  While the ribs likely won’t be on a regular rotation (so time consuming!) I know I’ll make these again, the next time we’re craving ribs! 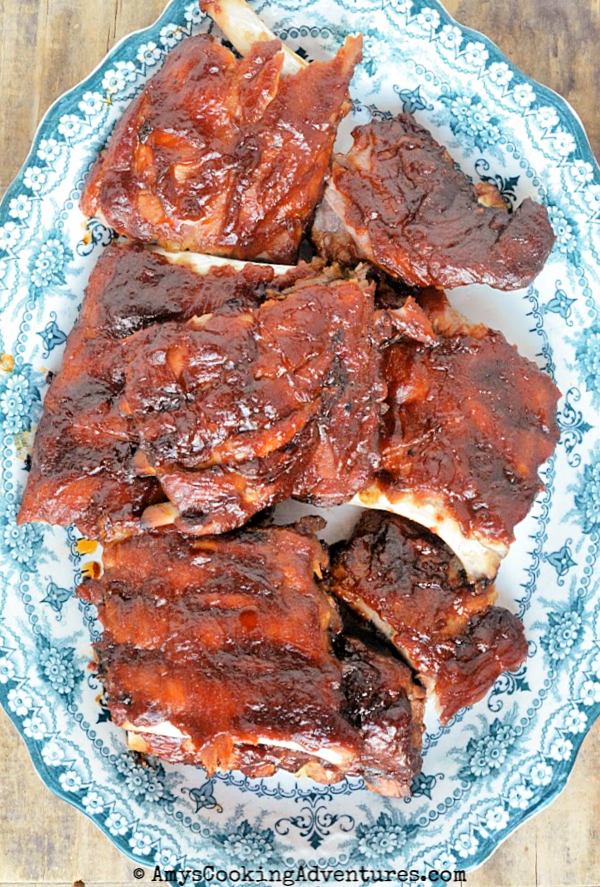 2 slabs (about 4 pounds) of back ribs

Flip the ribs over to the backside and remove the membrane (see this tutorial).  Use paper towels to dry the ribs.  Mix together the dry rub ingredients.  Rub all over both sides of the ribs.  Set aside for 1 hour.

Stir and bring to a boil, then reduce heat and simmer for 30 minutes.

Remove from heat. Once cool enough to handle, strain the vegetables out through a fine mesh sieve.  Return the broth to the saucepan along with the lemon juice, apple juice, vinegar, liquid smoke and Worcestershire.

Bring to a boil, then cover and reduce the heat to a simmer.  Cook for 10 minutes, then remove from heat.

Place the ribs in a roasting pan, and pour the baste-marinade over the top.  Cover the roasting pan tightly with a double layer of aluminum foil.  Place in the oven to bake for 3 hours.  A couple of times during roasting, baste the ribs with the liquid from the bottom.  If the liquid is drying up too quickly, add some water to the bottom of the pan.

While the ribs cook, make the BBQ sauce.  Combine all ingredients in a medium saucepan and bring to a boil.  Cover, venting the lid slightly and reduce heat to a simmer.  Cook for 1 hour, stirring often, until the sauce is thick.  Remove from heat and set side.

30 minutes before the end of the cooking time, remove the foil from the ribs.  Brush BBQ sauce over the ribs every 5 minutes for the next half hour until the ribs are well browned and the sauce is thick and sticky.  Remove from the oven and serve with any leftover sauce.