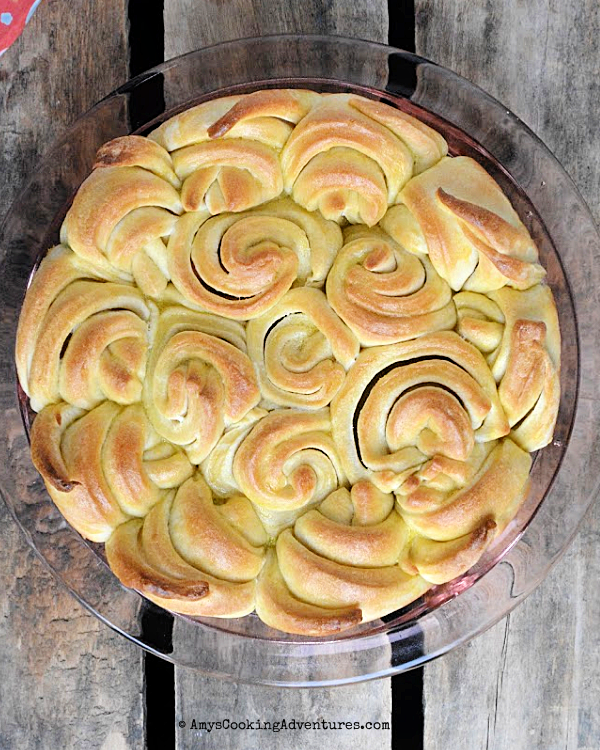 Welcome to this month’s Eat the World Recipe challenge!  In this group, Evelyn from CulturEatz hosts by picking a country of the month, then we take to the internet to find an authentic recipe to make, enjoy, and share.

This month’s country takes us deeper into Eastern Europe to Bulgaria.  I was very excited to be headed to Europe again.  European food tends to be more familiar to me since my ancestry is European anyway.  As I was researching, I found many recipes I wanted to try and couldn’t narrow it down to just one!

So I made two!  First I made Supa Topcheta, a delicious meatball soup that’s finished off with a fascinating yogurt/egg mixture, resulting in a creamy, satisfying dish. 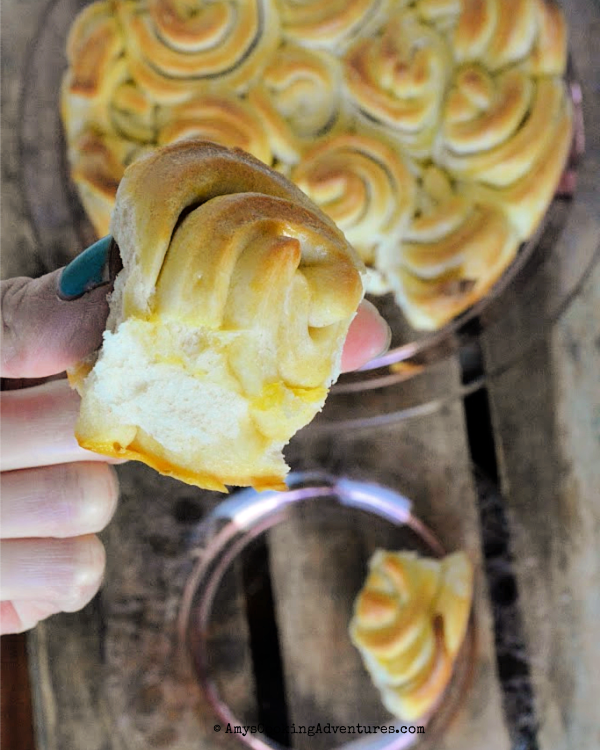 For my second recipe, I found this stunningly beautiful bread, that’s typically served at Christmastime.    The bread is reminiscent of crescent rolls in the way they are rolled up and placed in the pan.

The bread was delicious (but what bread isn’t?)   I served it with our soup (probably not a traditional serving choice), and I could definitely see adding some cinnamon sugar and making these into cinnamon rolls instead!

Check out all the wonderful Bulgarian dishes prepared by fellow Eat the World members and share with #eattheworld. 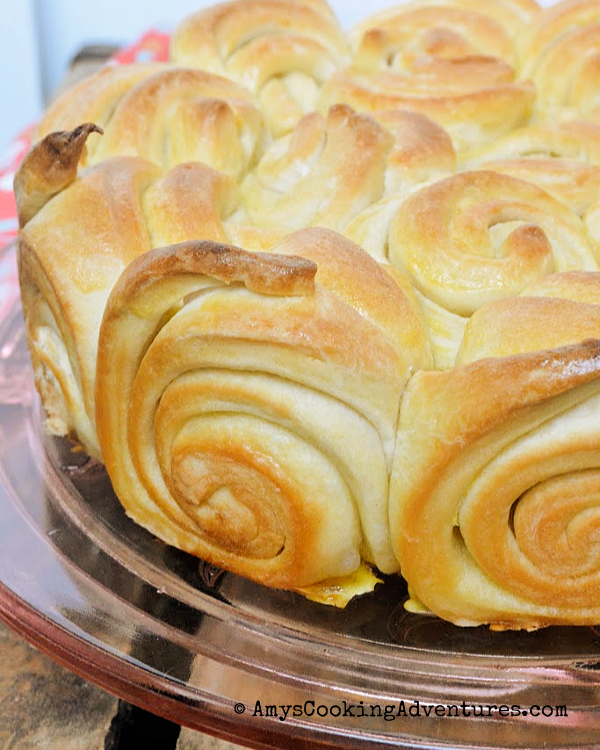 In the bowl of a stand mixer, mix together the milk, yeast, and sugar and allow the yeast to dissolve and become foamy (when dissolving in milk, it likely won’t get quite as foamy as it does in water, but it will still work!)

Add the yogurt, butter, 1 egg, 1 egg white (reserve the yolk for later), salt and 1 cup of water.  Mix with the paddle attachment until smooth.  Switch to the dough hook and continue adding the flour until the dough forms a smooth ball.

Remove the dough, cover, and set aside to rest for about 20 minutes.  Divide the dough into 3 equal parts.

Roll each portion into a thin circle, approximately 8-9 inches in diameter.  Spread the butter onto 2 of the dough rounds and stack so that the non-buttered piece is on top.

Use a pizza cutter to carefully cut the dough stack into 16 equal wedges.  Starting at the end opposite the point, roll each piece into a crescent shaped roll.  Place the rolls around the edge of a 10-inch cake pan.  Stack remaining rolls on end to fill in the center.

Loosely cover and set aside for 30 minutes to rise.

Take the remaining egg yolk and mix it with a tablespoon of milk.   Brush the egg mixture over the rolls and bake in the preheated oven for 30-40 minutes or until deeply browned.
Amy Eats the World in...