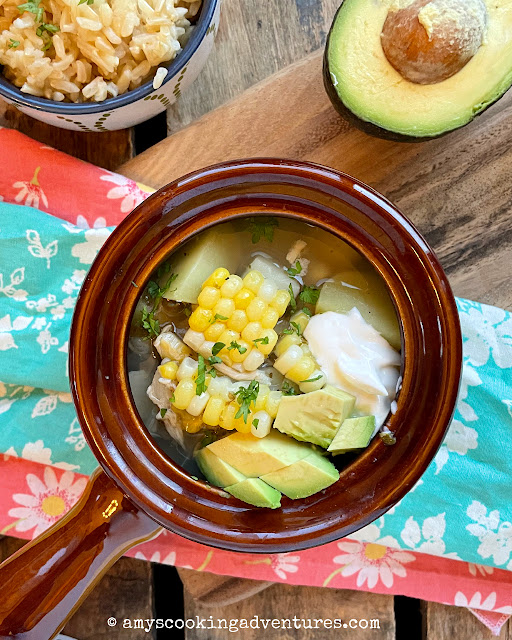 Are you ready for a delicious soup inspired by a great movie?

I chose the movie Encanto  for this month’s Movies & Munchies and I am so excited to share the recipe inspired by the movie. 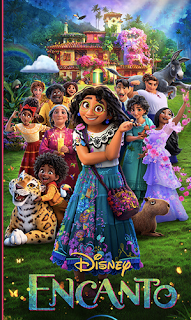 If you’re not familiar, Movies and Munchies is a group that watches movies and makes a dish inspired by the movie and Encanto is one of the latest Disney movies featuring a fantastic soundtrack and a setting in Colombia.

I ended up making a Colombian recipe that is seen in the background toward the beginning of the movie: Ajiaco Colombiano.  This is a Colombian chicken & potato soup, but the notable ingredient is the corn cob!

I preferred to cut my corn off the cob prior to serving, even though that is not traditional.  There were also a couple ingredients that I had to substitute (a regional potato, for instance), but the soup was still a delicious meal the whole family enjoyed! 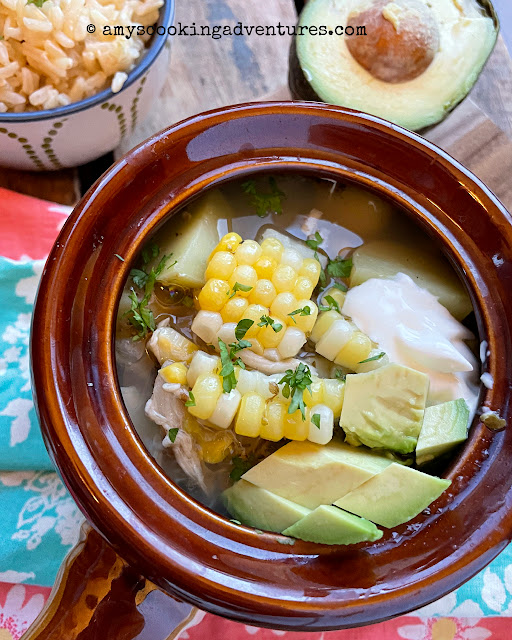 Adapted from My Colombian Recipes

Begin by making chicken stock.  Place the water, chicken, carrot, celery, onion, garlic, bay leaf, and salt in a stock pot and bring to a boil.  Reduce to a summer and skim off any foam.  Cover and continue to simmer for an hour or two.

Remove the chicken and set aside to cool.  Remove the carrot, celery, and bay leaf and discard.  Add the potatoes and cook for 20 minutes or until soft.  Stir in the oregano, corn, and meat from the chicken.  Heat through and serve topped with rice,  sour cream, avocado, & cilantro.