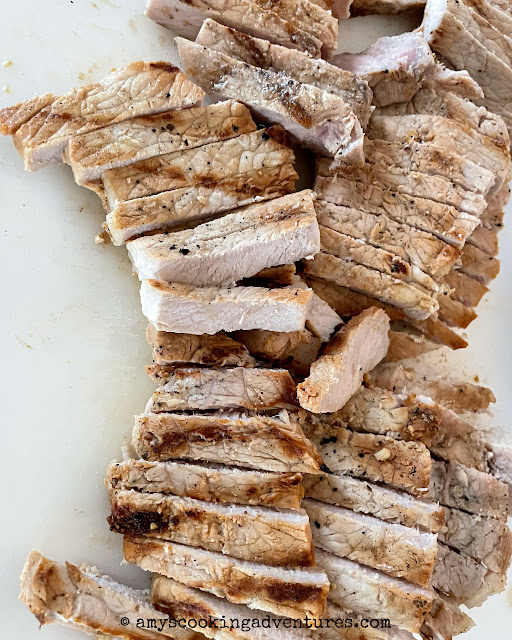 *Disclosure: I received a complimentary cookbook from The Book Club CookBook.  All thoughts and opinions are my own.

A couple months ago, a cookbook arrived at my doorstep from The Book Club CookBook.  I had received a complimentary copy of Treasures of the Mexican Table.  Though eager, I took my time reading through the cookbook, usually while I listened to my boys’ weekly piano lessons!

Included with most recipes are a short history or anecdote of how the author obtained the recipe - it was very interesting.  I especially appreciated the author, Pati Jinich’s view on cooking.  She has Mexican heritage, but in making the cookbook, traveled all over Mexico learning recipes that were new to her so that she could preserve those recipes and methods.  Additionally, she’s not afraid to make accommodations (often mentioned in the notes) to account for ingredients that are only available regionally.  In fact, I used one such accommodation for bitter orange juice (see more in the recipe note).

The author does a great job setting up the book from her own cultural standpoint, then introduces new recipes and credits those who taught her the recipes as she journeyed through Mexico gathering even more recipes. Many recipes looked delicious - some used ingredients more challenging to come by in parts of the US, but not prohibitively so. The recipe I made from the book was accessible and delicious and I loved learning the history behind it.

Once I finally completed reading the book, I had an abundance of recipes I wanted to try.  In the end, I went for one of the simpler recipes that included ingredients that I already had in my pantry.

Ok, funny story, we also enjoyed these during what I coined “operation: finish all the tortillas week”.  So here’s what happened, the staff at work decided to have a potluck lunch with a Mexican theme.  Since my coworkers know I make homemade tortillas (and are always always amazed and curious about them), I offered to make homemade tortillas for the potluck.

Now, we don’t have a huge staff, but I was making tortillas for about 15 people, and I figured, 2 per person, plus if I’m making tortillas for work, I need to make them for home…you see where we’re headed here.  So, I made a gigantic triple batch of tortillas, I think I had over 60!  As I cooked, I slowly realized that I may have bitten off more than I could chew, but the dough was made so I kept on rolling.

I took half the batch into work and left the rest (still a lot) at home.  And you guys!  There were SO MANY left over (I didn’t realize that hard tortilla shells, and 3 bags of chips were also coming).  I estimate that only 10 or so tortillas were eaten, so the rest came back home.

I considered freezing the tortillas, but I was wary of freezing a giant batch for them to dry out and lose them all, so I decided to make all the Mexican food I could and then freeze a few as a test.  Well, Operation: eat all the tortillas was so successful, I didn’t have any left to freeze!  Ha!

Ok, that was a big tangent.  Let’s talk about the pork.  I was excited about the recipe, but a little worried if my family would like it.  Looking at the marinade, there are quite a lot of sour and acidic ingredients (and no chile!) and while I like those things, I have 2 family members who aren’t quite as keen.  However, I trusted the process and made the recipe as written (with the butter orange substitution, and using pork chops (on sale at the store that week) instead of pork shoulder), and it was delicious!  Hubs tossed the chops on the grill and they made a tender, flavorful tortilla filling!  I can’t wait to try another recipe from the cookbook! 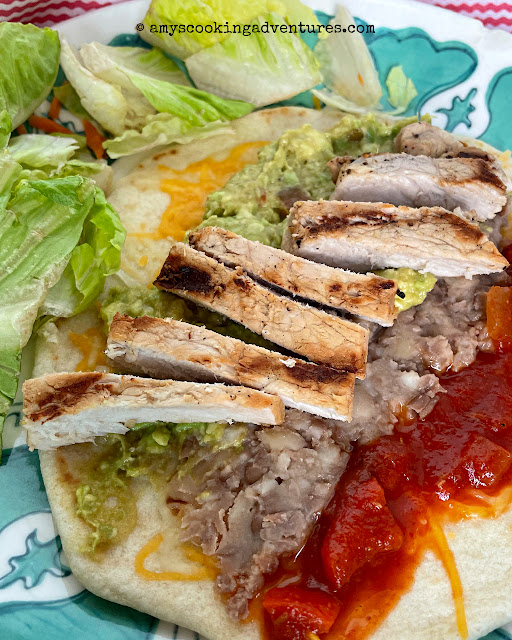 Adapted slightly from Treasures of the Mexican Table by Pati Jinich

Place the pork chops in a zipper bag or container for marinating.  Place the remaining ingredients in a blender and blend until smooth.  Pour the marinade over the pork.  Refrigerate for 2 hours.

Grill over medium heat until cooked to an internal temperature of 145 degrees F.  Rest for 5 minutes, then slice and serve with your favorite taco toppings. 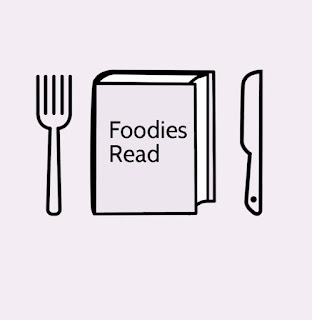