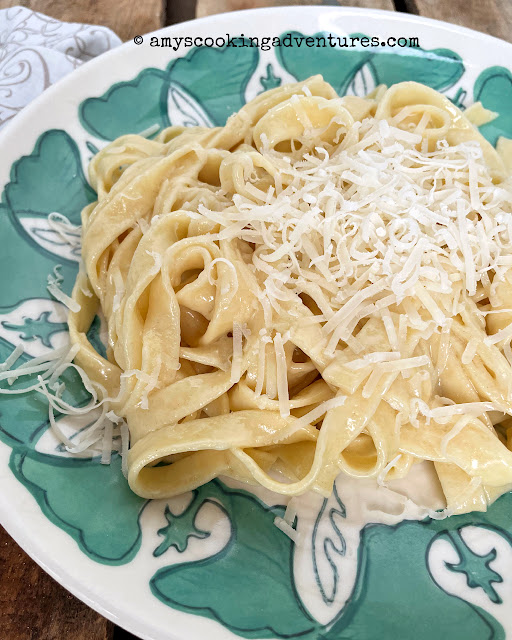 Let’s talk Cook the Books Club!  This month we were reading Taste by Stanley Tucci.  It was an engaging read, overall.

Taste: My Life through Food by Stanley Tucci
My rating: 3 of 5 stars

If I were to rate this book on the beginning (Mr Tucci's childhood) and the end (his battle with cancer), I would probably give it 4.5 stars. But then there's the middle bit. Parts were compelling, parts found Mr. Tucci's waxing on a bit, and parts had me full out rolling my eyes over the poor me celebrity bit.

Regardless, it was an enjoyable read overall (especially his childhood.). There are several recipes added throughout, which also makes this a great foodie read!

I was most intrigued by Mr. Tucci’s explanation of alfredo.  Chicken Alfredo is near and dear to my heart. As I’ve mentioned in previous posts, alfredo was the very first dish I ever made for Hubs when we were dating (before I knew how to cook) and since then it's become a favorite treat for the whole family…

Well, according to Mr Tucci, the American, cream-based version that is our favorite is apparently an abomination.

A true alfredo is 3 ingredients only: pasta, butter, and parmesan.  Say what?!?

It sounds basically like our favorite side dish: parmesan noodles!  Only those are a definite short-cut recipe: store bought noodles, pre-grated parmesan, and much less butter than the recipe below!

The verdict: it was good, but overall, we’d prefer the cream-based alfredo or the cheater parmesan noodles instead!

This post is also linking to May Foodies Read. 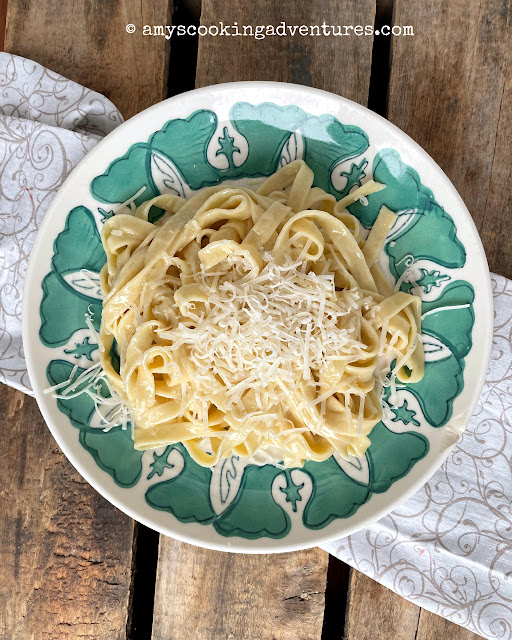 Recipe from No Frills Kitchen

Cook the pasta for 3-4 minutes in 3 quarts of salted water.

Meanwhile, melt the butter in a large skillet over medium heat.  Whisk in ½ cup pasta water, then whisk in the cheese until melted and smooth.

Use tongs to move the pasta from the boiling water to the skillet with the sauce.  Toss the pasta to coat.

Plate the pasta and top with additional grated cheese.