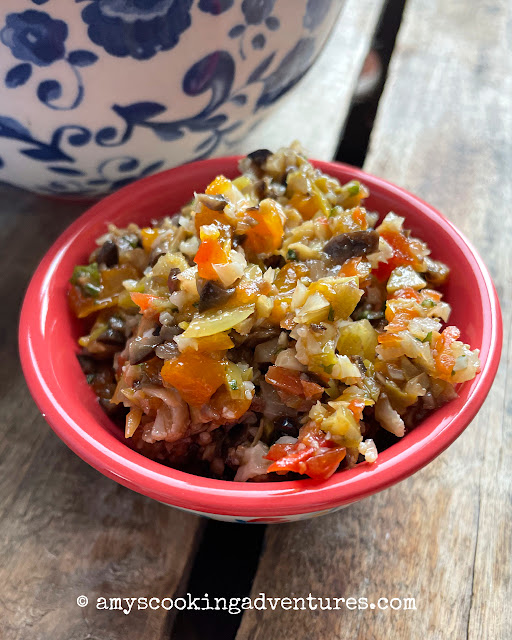 Have you ever had a Muffuletta Sandwich?  I just had my first one recently and it was amazing.  I’m sharing the recipe soon, but it’s definitely a multi-parter.

To make a Muffuletta sandwich, you gotta have the olive salad.  The olive salad is similar to a tapenade, but includes its own unique ingredients.

I decided to post this as it’s own recipe because this olive salad is not only for Muffuletta sandwiches - it is also an amazing salad topping (which I enjoyed all week long!)

For now, enjoy this salad and watch for the sandwich (and bread) coming soon!

I missed the roasted red peppers in the original recipe, but happened to have a fresh one in my refrigerator.  I roasted the pepper under the broiler, removed the charred skin and used half for this recipe 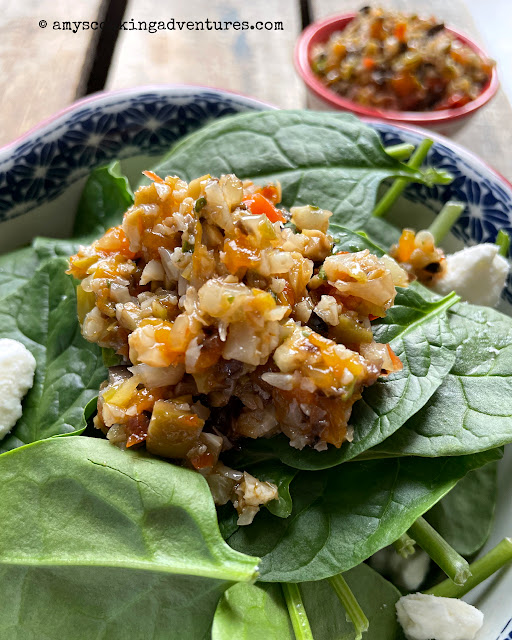 Place all ingredients in a food processor, pulse until evenly chopped.  Serve over salads of muffuletta sandwiches.  Store in an airtight container in the refrigerator.