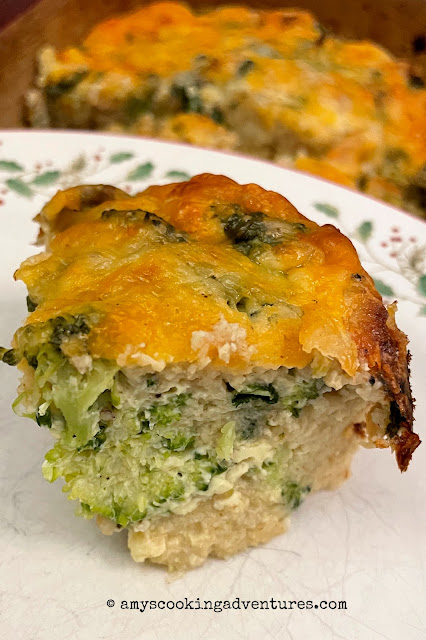 It’s Food n Flix time!  I always like this group because it exposes to movies I may not have watched on my own.  This month Debra from Eliot’s Eats challenged us to watch The Family Stone. 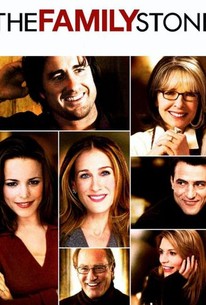 This one isn’t a Lifetime movie but it feels like it.  There is a definite RomCom feel and warm fuzzies at the end.

There is a smattering of food throughout, but most prominent is an overnight stata that ends up on the overly eager guest (and floor).

I had already planned to make an egg bake this week, so it was a simple thing to shift it to a strata!

I decided to make homemade bread for this one (because I’m me) and I chose poorly and made mine in a deep baking dish and it took forever  to bake.  Learn from my example - use a wider, shallower dish!

By the time this one came out of the oven, my tween was already upset about another matter, then took a look at the strata, screamed in a fit of hormonal rage and went to bed without dinner.  Teens and tweens are not for the faint of heart, my friends.

The teen, however, was feeling adventurous especially when I described this as a type of savory french toast.  He even asked for seconds - color me shocked - I expected them both to hate it!

Hubs and I both enjoyed the dish, but in all honesty, will probably still to a hashbrown-based egg bake in the future (watch for a broccoli and cheddar hashbrown egg bake because that's in my head now - haha!) 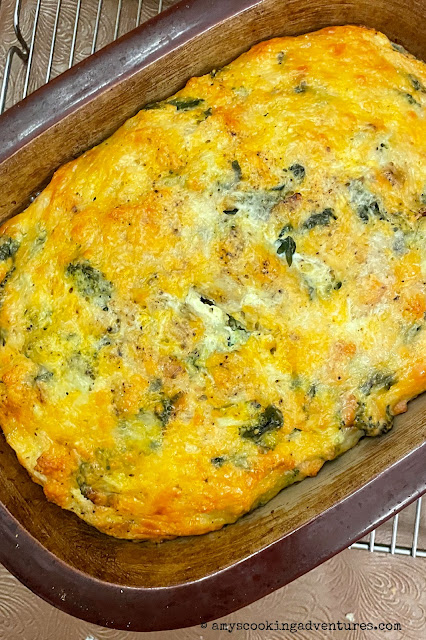 Adapted from BeachBody on Demand

8 slices bread (I used half a loaf of this recipe)

Lightly steam the broccoli until it is crisp-tender and vibrant in color.

Meanwhile, heat the oil in a skillet over medium heat.  Add the onion and cook until tender.  Stir in the garlic and spinach.  Cook until the garlic is fragrant and spinach is wilted.

Place the eggs and milk in a bowl and whisk to combine.  Season with salt & pepper. Stir in the steamed broccoli, spinach mixture, and bread.  Pour the mixture into a 3-quart baking dish. Sprinkle with cheese.

Cover and bake for 20 minutes (40 if you have a deep baking dish) or until the center is set.  Uncover and cook for another 10 minutes or until the cheese on top is melted and beginning to brown.  Cut into squares and serve.