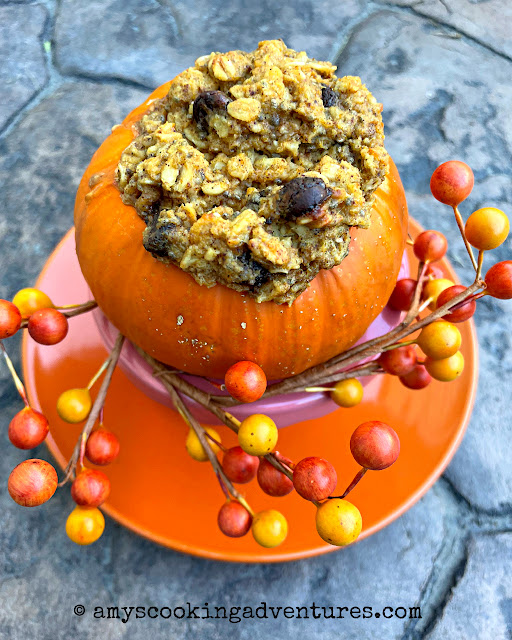 A couple weeks ago, the kids and I went to the pumpkin patch.
As we were leaving, Spud spotted the cutest little pumpkins, named “Wee B Little Pumpkins” labeled with the following sign: 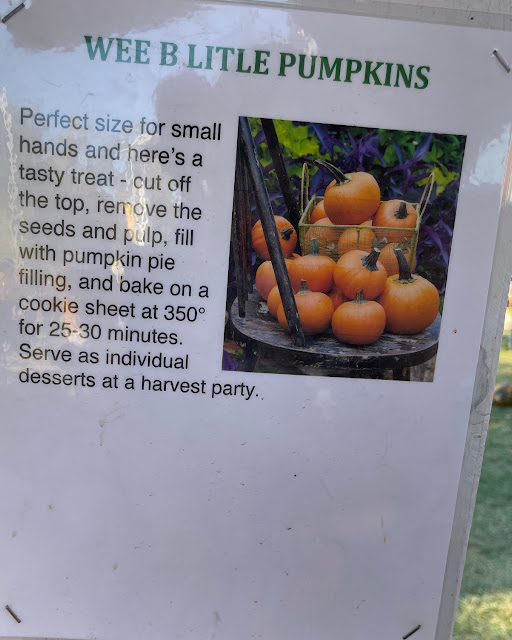 Apparently these little guys are edible!  Spud and I knew we had to give them a try!
First, I used a little extra filling and pie dough from my Kawaii Pumpkin Pie and filled the first pumpkin with pumpkin pie, as suggested on the sign.  Plus, I’ve made Mini Pumpkin Pies in the past and figured that pie served in mini pumpkins would be a hit at the Thanksgiving table. 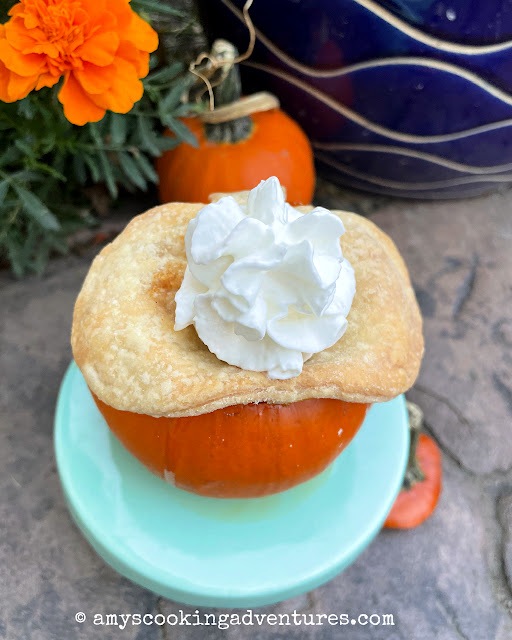 I proudly presented the pie to Spud…
...and he wouldn’t touch it with a 10-foot pole.  He decided it was “weird” and wouldn’t try it!  Ha!
So Hubs and I had it instead.  It was good, but not my favorite.  I was missing more pie crust and was not thrilled with my presentation.  I also didn’t much care for the scoops of plain pumpkin that came along as I scooped.  It was slightly off putting compared to the sweetness of the pie.
So I decided to try again, because I was convinced that these pumpkins could be the perfect Thanksgiving treat!  This time, my thoughts turned to Pumpkin Spice Baked Oatmeal and it was a real winner. 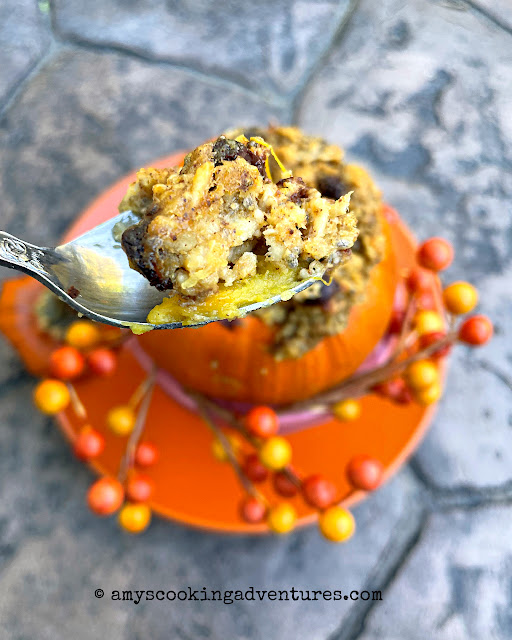 The flavor of the oats acted like a sort of bridge, making the pumpkin flesh scooped out from the pumpkin a pleasant experience.  Plus, this time, the presentation was on point.
For this recipe, I baked the pumpkins just as long as I baked the oatmeal in ramekins, it makes for a very easy vessel substitution!
brunch dessert Halloween lunch pumpkin snack Thanksgiving