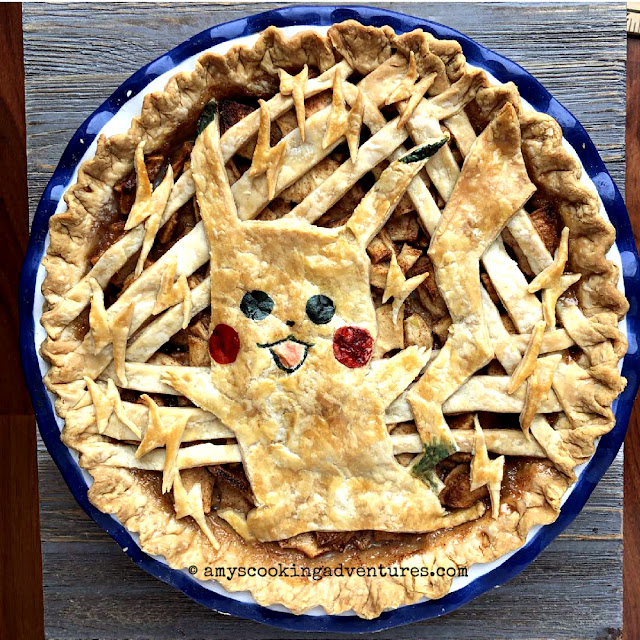 This month Food n Flix is hosted by Culinary Adventures with Camilla.  She chose the 90’s rom-com, Only You. 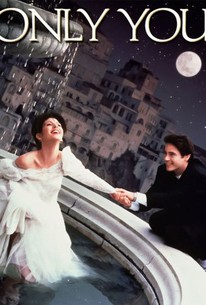 Oh, boy, this one took the whole soulmate thing to next level corniness. It was traipsing across the ocean and then across Italy for an unknown soulmate.  It was pretty silly.  But, it was also lighthearted and didn’t take itself too seriously, which is a welcome reprieve from many of the stresses of the world today.

Anyhow, there wasn’t much actual food inspiration, so participants were welcomed to take inspiration from Italy; the setting of most of the movie.

I decided to take my inspiration from the travel aspect and share a recipe that I legit thought I’d blogged several years ago.  Turns out I shared it on Instagram, but not here and I only realized it when I made my Kawaii Pikachu pie last week!

So here’s the story.  A few years ago, we flew the family out to see my in-laws for Thanksgiving.  We were getting in late (like 11:30pm late plus an hour and a half drive from the airport), so I knew I wouldn’t be able to help out with much cooking.  But I really wanted to make a pie.

In fact, I started obsessing over bringing a pie for thanksgiving...on an airplane.  I began research and found out that yes indeed, one can bring a pie on board the airplane (Note: this was pre-Covid, rules may have changed now).

I decided to make an Apple Pie.  But it couldn’t be just any apple pie.  This pie needed a personality.  Spud was at the height of this Pokemon phase at the time and so, Pie-kachu (pie + Pikachu) was born!

In this first set of pictures, Pie-kachu is packed in a cake carrier, driven to the airport, goes through the TSA scanner,  gets pulled aside by TSA (questioned, but unprodded), then makes it through security, and onto the airplane (Pie-kachu traveled by my feet, under the seat in front of me). 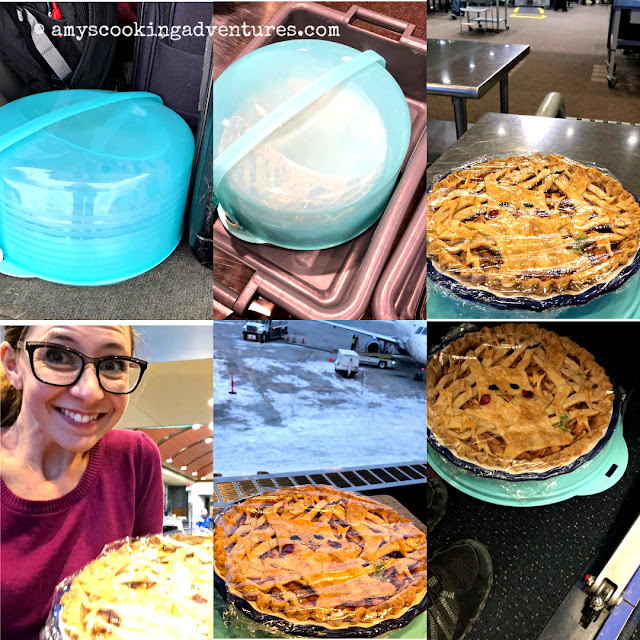 In this next set, Pie-kachu makes it to our connection in Minneapolis, takes a few photos and shares his journey down the jetway and onto the plane. 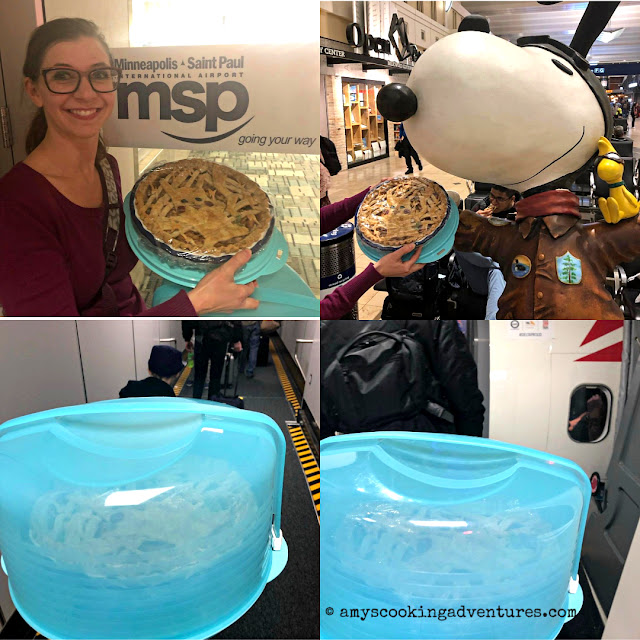 Finally, Pie-Kachu made it to Detroit! 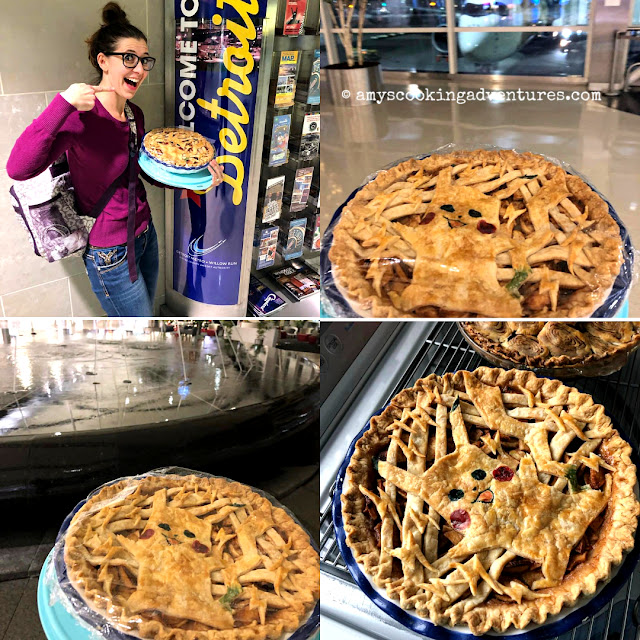 I have to end with this picture of my Mother-in-law and me.  Though it was the middle of the night, we made a Cinnamon Swirl Apple Pie to go with Pie-kachu. 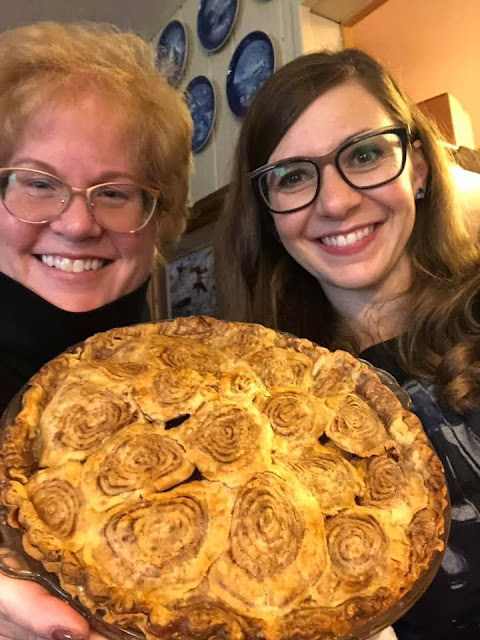 I just remade and shared this recipe this past March for pie day.

Little did I know that just over a month later, we would lose my mother-in-law to complications due to Covid.  That’s another reason I really cherish Pie-kachu and the memories he brings.  It was certainly not our last visit, but this is one of the few pictures I have of just the two of us, since most pictures are of her and my children whom she absolutely adored.

I don’t have a recipe to share today, since I used my fall leaf apple pie recipe, but I hope you enjoyed the travels of Pie-kachu!