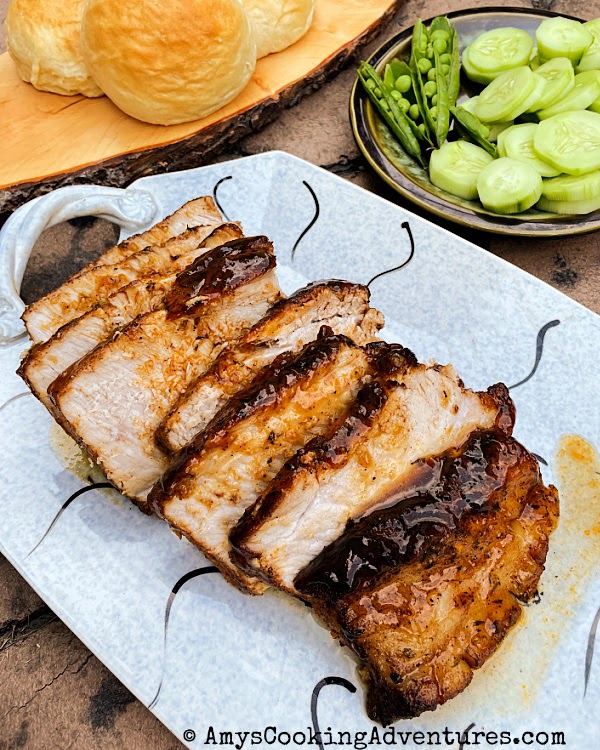 Today’s Sunday Funday theme is an interesting one: “Roman Recipes as a Tribute to Augustus Caesar, namesake of August”

So how to proceed?

Well, the librarian in me decided that the first course of action was to reread Shakespeare’s Julius Caesar, as Augustus Caesar does appear under his given name (Gaius Octavius) in the play.  I decided to reread the book (which I read in high school) to put me into the right time frame.  In Julius Caesar, both beef and honey were mentioned.

The honey in particular reminded me of Apicius, an ancient Roman cook who is often credited as penning the first ever cookbook.   I was was introduced to Apicius when reading the novel,  A Feast of Sorrows (for which I made Ham & Swiss Stuffed Piglet Buns)

And here, my friends, is where the Internet can be a beautiful thing, because a translated version of Apicius’s cookbook is available online!  I started browsing through the cookbook and found an entire section dedicated to honey glazed roasts and had my inspiration.

I decided to go with pork instead of beef, because I think the sweetness of the honey lends itself nicely to pork.  The remaining ingredients are approximations of those that would have been available in ancient Rome.  Plus, after some research, you’ll see that the side dishes I served with my pork (rolls, peas, and, cucumbers) were indeed available at the time.  Plus, I served this on a piece of hand-made pottery, courtesy of my in-laws’ talented neighbor! 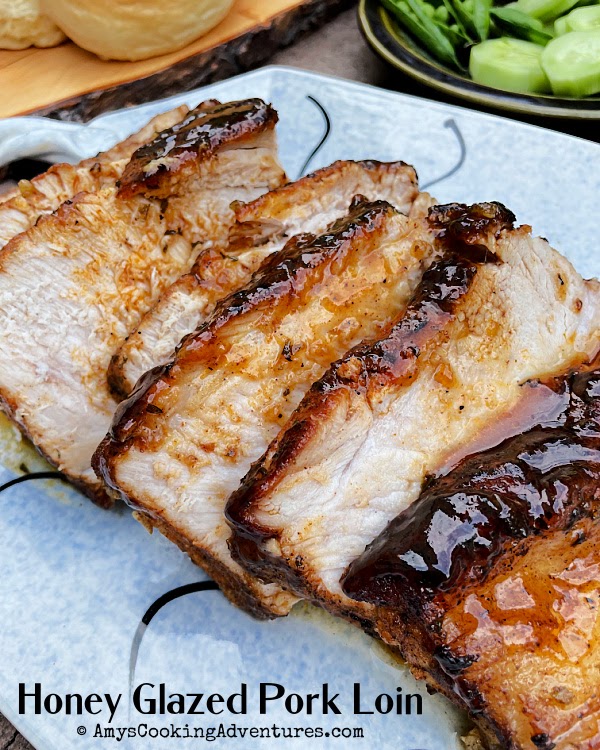 (as a Tribute to Augustus Caesar, namesake of August)

Mix together the dry rub ingredients and press onto the loin roast to coat evenly.  Melt the butter in a dutch oven over medium heat.  Sear the roast on all sides.

Meanwhile, preheat the oven to 375 degrees F.  Move the dutch oven with the roast to the oven.  Cover, and bake for 45-60 minutes or until cooked to an internal temperature of 145 degrees F.

To make the glaze, melt the butter in a small saucepan over medium heat.  Add the garlic and cook until fragrant.  Whisk in the pan drippings, honey, and cider vinegar.  Bring to a low boil.

Whisk together cold water and cornstarch.  Add to the glaze, and cook until thickened.

Slice the roast.  Pour the glaze over the roast and serve.