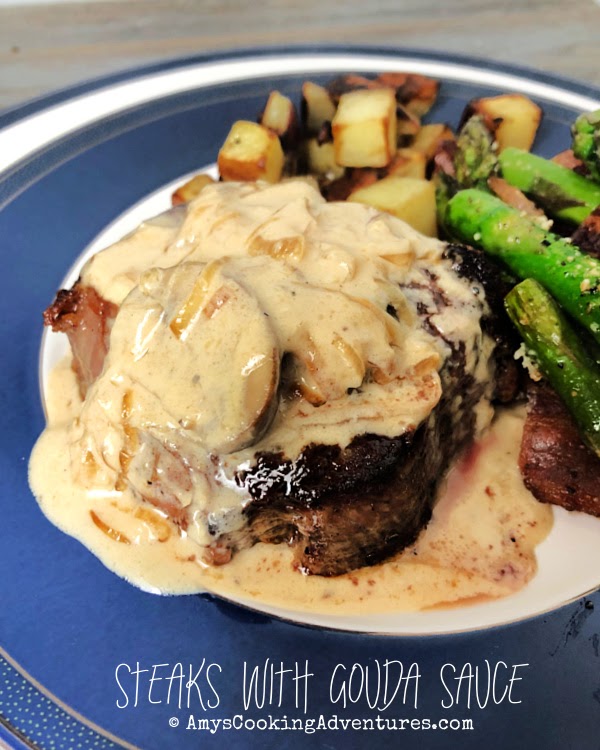 I actually made this meal for Valentine’s Day, but never got around to posting it.  In a house full of men, steaks are the go-to Valentine treat!

Since it was winter at the time, the outdoor grill was a no-go (yes, I know some people grill year round, but at 20 below, the grill can’t keep up), so these ones were seared in a cast-iron pan and finished off in the oven.

But the thing that really makes this special is the sauce.  I mean, steaks are great on their own, but smothering them in gouda?  Shut the front door!

These ingredients also make this recipe perfect for this week’s Sunday Funday theme:  cooking with umami.

Umami is a flavor profile (such as salty, sweet, sour, etc) that refers to an earthy flavor.  This earthy flavor can refer to soy, mushrooms, or meat.    With both steak and meat (and the smokey flavor of gouda), this steak hits all those umami notes!