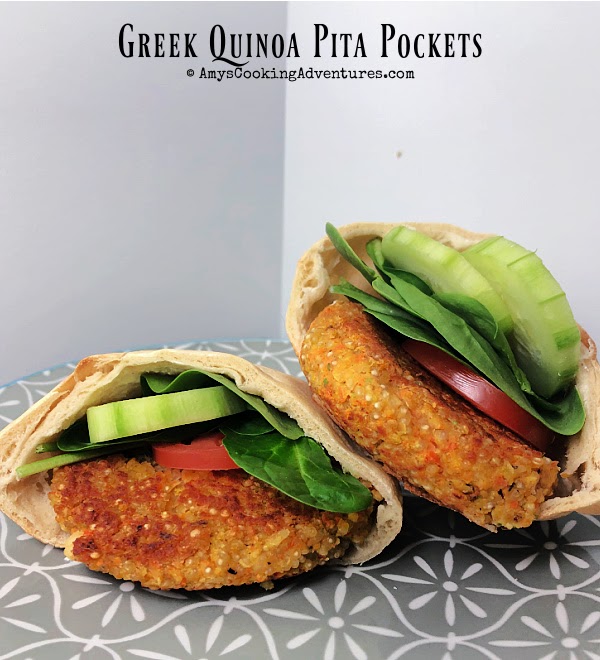 Today’s recipe is a bit of a departure from my usuals - a meatless meal!

This year, during Lent, I didn’t do as much experimenting with meatless meals as I’ve done in the past.  That’s because both of my boys and Hubs spoke up and requested some tried and true favorites as we went through Lent!

It was really refreshing to have suggestions, which made for way fewer complaints!

There was one week, however, when I was left to my own devices and decided to make Greek Pita Pockets!  I knew I was on the right track with this one right away when the kids commented that it smelled good while cooking.  The next clue was that Dude thought the patties were chicken patties (one of his favorite school cafeteria meals).

Hubs and I stuffed our pitas so full, I was wishing I had made them just a touch bigger so I could have loaded more veggies in there!

In the end, the kids decided these were merely “ok”, but they ate their portion without whining, so I called it a win.  Hubs and I were happy to poish off the leftover over the next couple days!  I will definitely be keeping this one as a great meatless option! 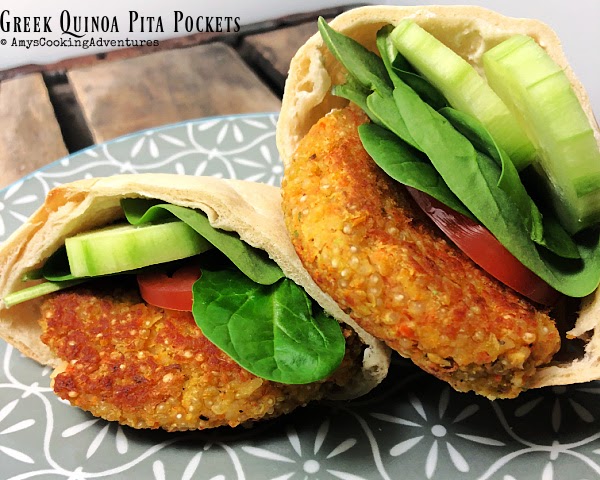 -to make this recipe fully vegetarian, use vegetable broth or water in place of the chicken broth

-to make this recipe vegan, also replace the egg with a flax egg or other vegan egg substitute.

To make the gyro seasoning, combine all of the spices in a small bowl.  As you add the herbs (oregano, thyme, and rosemary), grind them slightly with your fingers.  Stir well until the spices are completely combined.

To make the patties, bring the broth to a boil in a small saucepan.  Add the quinoa and simmer for 12 minutes or until the broth is absorbed.  Set aside.

Place the carrots, onions, and garlic in a food processor and pulse until finely chopping.  Add the beans, breadcrumbs, egg, and gyro seasoning and pulse until combined.

Stir in the quinoa and divide into patties.

Heat olive oil in a large saucepan over medium heat.  Carefully add the patties and cook for 10 minutes, flipping once during cooking so that both sizes are browned and the patty is heated through.

To serve, split a pit in half.  Stuff with a pattie, tzatziki, and vegetables.