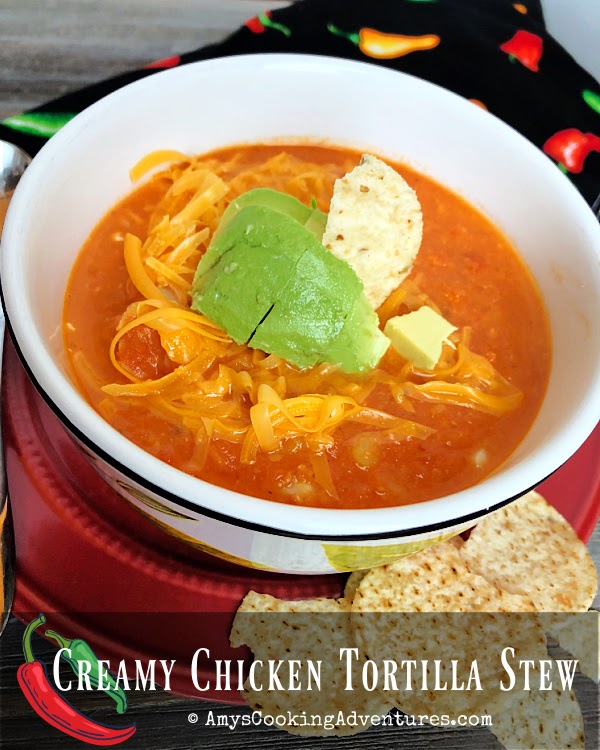 Chiles aren’t an ingredient I cook with very often in the wintertime. In the summer, I grow my own jalapeños, so I’ll toss them into dishes, but they can be iffy to get this time of year up in the north.

So I put my thinking cap on and took an inventory of what needed to be used up in the refrigerator before it went bad -half a brick of cream cheese, an avocado, and 1 ½ cups of chicken broth-...a conundrum.

Next I started looking around the freezer and pantry - a big can of tomatoes in the pantry and a chipotle pepper and corn in the freezer.  Then suddenly a soup started to come together in my mind - and with that pepper, it would be perfect for Sunday Funday!

This is a twist on one of my favorite soups - chicken tortilla! In this version, the liquid is so thick, I think it qualifies as a stew rather than soup!  The previous version of this is quite thin while this one gets extra heft from pureed vegetables, cream cheese, and corn.  It’s got a kick of spice from the pepper and is delightful served with extra cheese, avocado and tortilla chips on top!

Check out these other Sunday Funday Chile recipes! 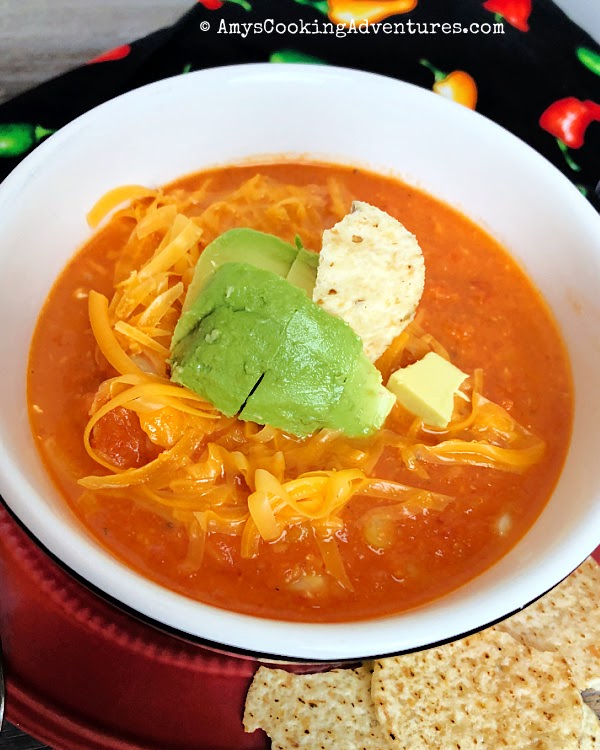 Heat the oil soup pot over medium heat.  Add the onion, carrots, and celery and cook until tender, about 5 minutes.  Add the garlic and cook for another minute.

Stir in the crushed tomatoes, chicken broth, chicken.  Cover and simmer until the chicken is cooked through.

Remove the chicken, shred, and set aside.

Use an immersion blender to puree the soup.  Stir the chicken back in along with the corn, cream cheese, and shredded cheddar.  Stir until the cheeses have melted.