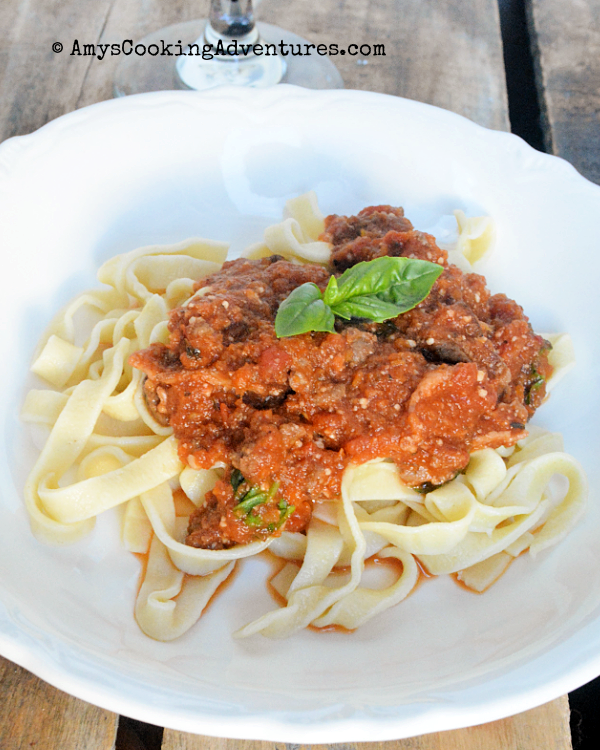 Each week, when I make my weekly menu (which I post on instagram, if you're interested), I usually have a couple recipes in mind, either because I’m craving something, or saw something interesting online, or have a recipe to make for a foodie club.

Fridays are nearly always pizza/movie night.  Then there are always planned leftovers days, either because I know a previous recipe will make a huge amount or because I know that we have a crazy busy night and I won’t have time for cooking (I’m looking at you Wednesdays). 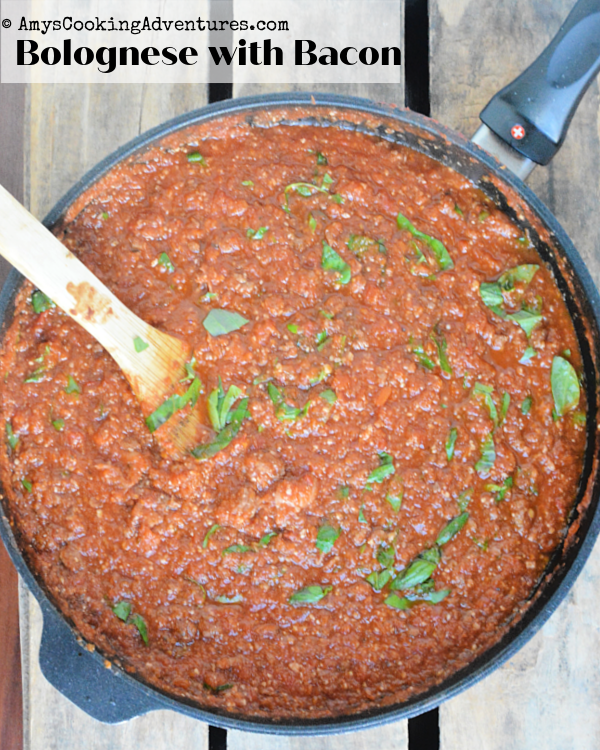 Even with all this, I still usually have a slot or two open and I take meals suggestions from the family. Sometimes they’re super helpful, sometimes I get crickets, and sometimes all I get are suggestions like “more pizza” and “a box of mac & cheese” (no and no, thank you very much).

On this particular week, I only had one more slot open and both kids immediately had suggestions.  Dude asked for spaghetti while Spud said bacon.  Well, nice try Spud, but bacon is not a meal!

However, I could combine the two ideas into one by making a delicious bolognese.  This is one of those rather intensive recipes (especially if you also decide to make homemade pasta), but well worth it!  It is a crowd pleaser to be sure! 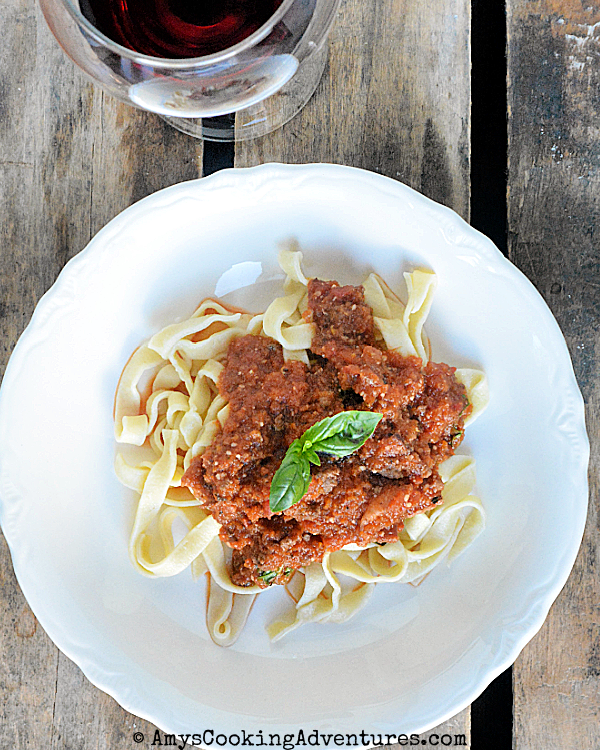 Adapted from A Little and A Lot

Place the bacon in a large skillet over medium heat.  Fry until crisp.  Remove bacon to a paper towel lined plate.  Drain drippings, reserving about 1 tablespoon.

Add the beef to the skillet and cook until browned.

Meanwhile, place the onion, carrots, celery, and garlic in the bowl of a food processor and blend until finely minced.

Once the beef is browned, place it on the plate with the bacon and drain off any fat.

Add the reserved bacon drippings to the pan.  Add the vegetable mixture and cook until softened, about 5 minutes.  Season well with salt & pepper.

Stir in the tomatoes paste, oregano, basil, and pepper flakes and cook for an additional 2 minutes.

Add the wine and cook for 3-5 minutes.

Stir in the crushed tomatoes, chicken broth, Worcestershire, soy sauce, sugar, bacon, and beef.  Bring to a boil, then cover and reduce heat to a very low simmer.  Simmer for 1 ½ - 2 hours, stirring occasionally.

Just before serving, stir in the parmesan cheese and basil.  Serve over your favorite pasta (I used homemade).