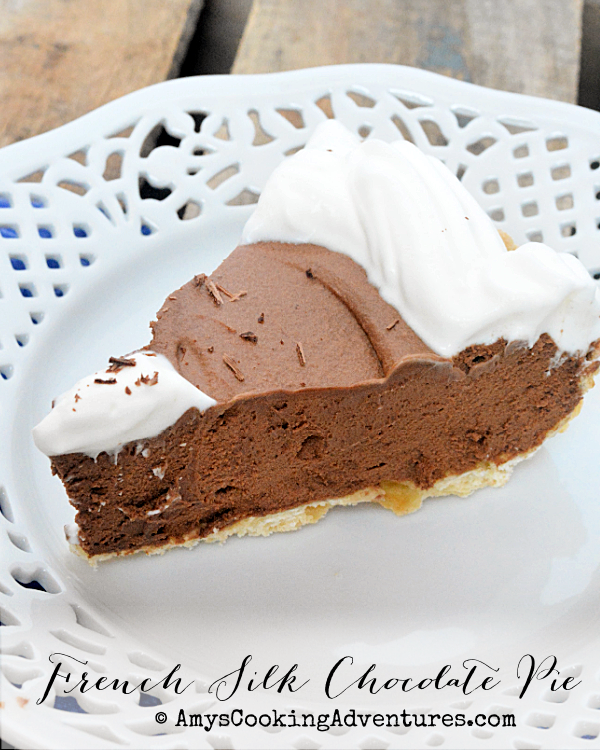 Ever make a fancy pie for no reason at all?

I made this one for our little family on a random day because we were bored in quarantine.  Plus, it coincided perfectly with this month’s Food ‘n Flix and Lit Happens book club: Chocolat by Joanne Harris.

Chocolat by Joanne Harris
My rating: 4 of 5 stars

Great story! The magical realism in the book is expertly done, allowing the reader to suspend belief just enough to make the story plausible.

The story is told using several devices, such as alternate perspectives and flashbacks and the story slowly unfolds as each character bring their own flaws, triumphs and prejudices to the table.

Both book and movie picks are being hosted by Heather at Food ‘n Flix.  The movie was chosen to mark the 10 year anniversary of Food ‘n Flix and was the very first movie chosen by the club.  At the club’s 5th anniversary, I watched the movie and made both Tequila Spiked Chocolate Dipped Jalapeño Peppers as well as Mexican Hot Chocolate with Ice Cream. 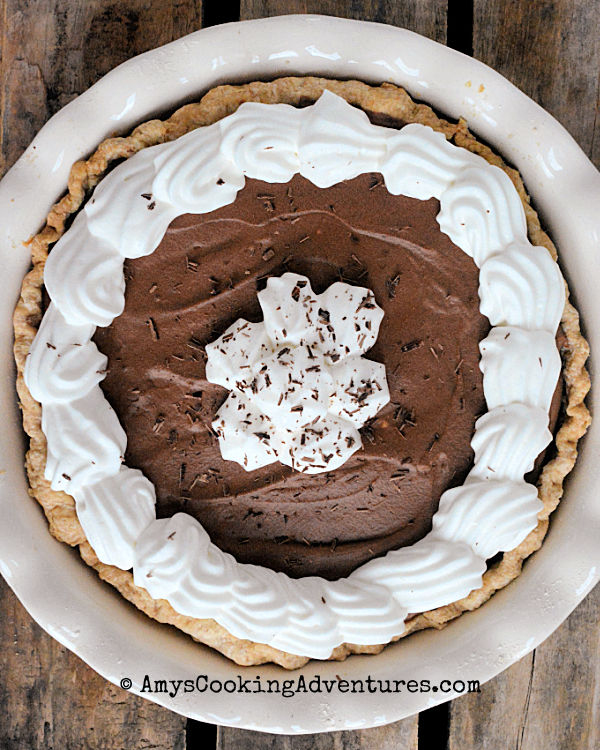 I loved the movie 5 years ago, finding it sweet and charming.  This time around, I read the book first and then rewatched the movie.  And wow!  The book has such great character development!  Added to that, the reader really gets to know the characters and their motivations and roles in the town. There is a hint of magic realism that is interwoven perfectly in the story, allowing the reader to suspend belief and believe it’s real.

After reading the book, the movie fell flat for me.  It was still enjoyable, but the changes made from the book were glaring and I found myself longing for some of the scenes from the book which were cut from the movie.

Now let’s talk inspiration, shall we?  Since Chocolat takes place in a chocolate shop, chocolate is the obvious choice.  I could have made any number of candies or truffles as well as chocolate cake, but instead I wanted to tackle French Silk Pie (which does not actually appear in either book nor movie).

Growing up, a slice of French Silk pie from a local restaurant was the ultimate treat.  I think once, one of us siblings even got a whole pie in lieu of a birthday cake.

Since I started cooking and challenging myself more and more in the kitchen, I’ve always wanted to try to make French Silk Pie myself.  However, in the past, I was always too intimidated by tempering the raw eggs to even attempt it.

Then quarantine happened and I had time and I just decided to go for it.

I’m not going to lie...the eggs took two tries (I had too much water in my double boiler, making my pan too hot the first time around, and I cooked my eggs by accident).

I almost quit right there (I may have shed a tear), but I decided to persevere, and I’m so glad I did!

The second time around, the eggs tempered beautifully and the pie was absolutely worth all of the effort!

The resulting pie is, as advertised, silky smooth in texture and a slice of chocolate heaven. 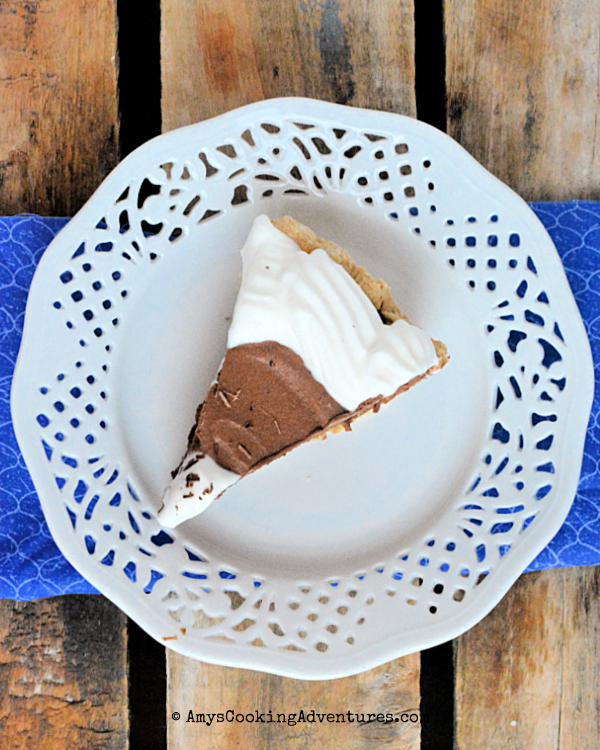 I used a very dark chocolate (85% cocoa) in this recipe.  For a less intense chocolate flavor, stick closer to 65% cocoa.

Make the pie dough according to recipe instructions.  Press into a 9-inch pie plate.  Line with a double layer of aluminum foil and fill with pie weighs (I used dry beans).

Fit a stand mixer with the whisk attachment, beat the cream until stiff peaks form.  Move to a seperate bowl and chill in the refrigerator.

Combine the egg, water, and sugar in the top bowl of a double boiler (make sure ½-inch water is simmer in the pot below).  Beat the eggs and sugar with a hand mixer on medium speed until the mixture reaches 160 degrees F and thickens, about 10 minutes.

Remove from heat and continue beating the mixture until it cools to room temperature and appears fluffy (note, at this point I was tired of holding the hand mixer, so I poured it into the stand mixer with the whisk attachment & let the stand mixer do the work.)

Use a spatula to gently fold in the whipped cream from earlier.  Once the whipped cream is fully stirred in, spread the pie filling into the prepared crust.  Refrigerate until set, at least 3 hours or overnight.