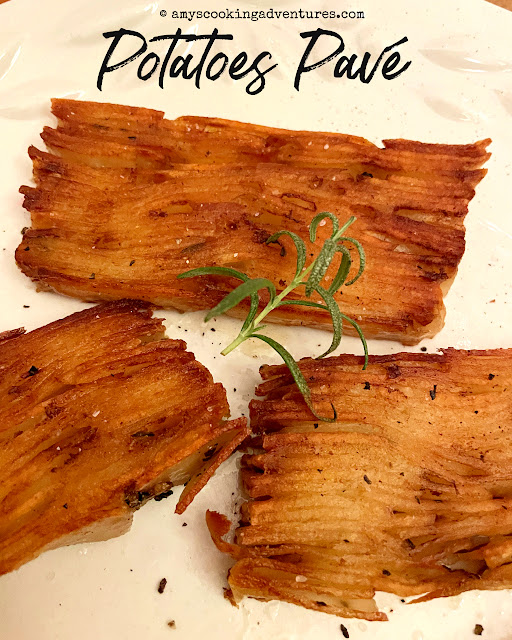 This month’s Cook the Books Club pick was Miss Cecily’s Recipes for Exceptional Ladies.  Overall, I had mixed feelings on the book.

Miss Cecily's Recipes for Exceptional Ladies by Vicky ZimmermanMy rating: 3 of 5 starsI started out skeptical, then I read the prologue and instantly fell in love with Cecily...The the book started in earnest and I realized my initial skepticism was well placed. I found Kate to be boring and rather pathetic, though she did show some promise at the end. Cecily, whom I thought was going to be lovingly curmudgeonly turned or to be just plain mean, even if she did help Kate with some self realization. The rest of the characters and many of the situations seemed like mix of caricatures and troupes.Cecily's book and recipes within are definitely the highlight of the story.In the afterward, we find that Cecily inspired by the author's own grandmother and the the (out of print) cookbook did exist. I have to wonder what the real Cecily's family thinks about this since the author admits that book Cecily is far meaner than her real life counterpart. I really wish I could get my hands on the real cookbook and that seems like it would be a worthwhile read!View all my reviews

However, it did provide tons of culinary inspiration!  I had several recipes marked to try, but decided to stretch myself with potatoes pave, which sounded fancy and delicious.

I tried the recipe a couple months back and failed epically.  In step 1 I didn’t care for the cream mixture (mostly buttermilk), in step 2 I didn’t bake the potatoes long enough, and in step 3 my pan wasn’t hot or greased enough. Fail fail fail.

I almost left it at that and posted my failure (by this time, the book was back at the library, so I didn’t have a back up plan for something to make).  I had the fail post set to go live between Christmas and New Years when it would be largely overlooked.

I just couldn’t let that failure sit and decided to give it another shot and I’m so glad I did.  I adjusted the seasoning in step 1, doubled the baking time in step 2, and made sure my pan was piping hot and full of butter in step 3.

And the potatoes were great!  They reminded me of hashbrowns - which are always a hit in this house!

Adapted slightly from Cooking on the Weekends

Preheat the oven to 350 degrees F and line a loaf pan (mine was 8x4 inches) with parchment paper, leaving long ends (it will fold over before baking.)

In a large bowl, mix together the half & half, rosemary, garlic, salt, and pepper.

Peel the potatoes, then slice on the thinnest setting of a mandolin slicer.  Place the potatoes into the cream mixture as you go.

Spray the prepared loaf pan lightly with nonstick spray.  Begin layering the coated potatoes in the pan, forming even layers.  Sprinkle a few cubes of butter every few layers.

Once all of the potatoes have been assembled,  pour a couple tablespoons of the cream mixture over the top, then fold the top of the parchment over the potatoes and cover the pan with foil.  Bake in the preheated oven for 2-2 ½ hours or until the potatoes are very tender.

Remove from oven.  Loosen the foil and firmly place a second loaf pan directly on top of the potato loaf, pressing down.  Weight down the pan to compress the potatoes (I used a case of flavored water, but anything heavy will do) and allow the potatoes to cool to room temperature, about 1 hour.  Then, move the potatoes to the refrigerator (still weighted down) and refrigerate overnight.

The next day, unwrap the potatoes and use a knife to cut into ½-1 inch wide slices. Heat 1 tablespoon of bacon drippings and 1 tablespoon of butter in a large skillet over medium-high heat.  Add potato slices.  Fry on both sides until deeply browned, 6-8 minutes per side.  Serve hot.