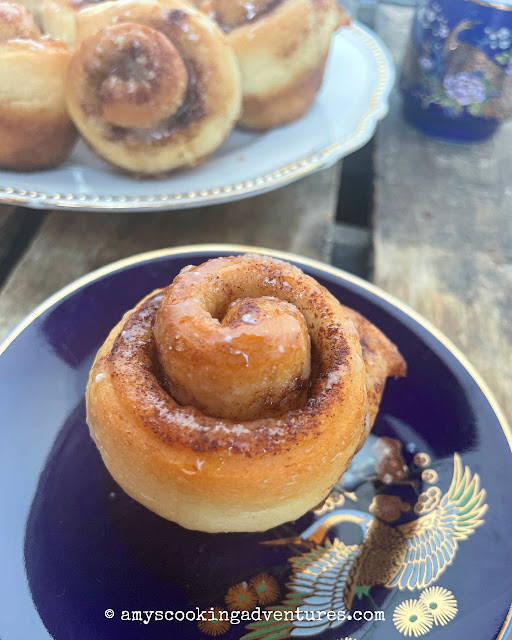 Is there anything better than cinnamon rolls for breakfast?

I don’t make them often, but I love them when I do (and so do my kids!)

Except that cinnamon rolls are often gigantic.

Seriously - have you noticed that?  Especially if you’re out somewhere.  I was recently at a conference and there were cinnamon rolls for brunch. And they were HUGE! Easily 4 times the size any human should consume.  And it was at a school so presumably this is something they occasionally serve kids?!?

It took me back to when I made muffin tin cinnamon rolls for Spud’s lunch with my Muffin Tin Cinnamon Rolls.  At the time, I was happy to dissuade him from the school cinnamon roll (which was almost twice as big as the one I sent) and I still questioned if it was too big.

So I had cinnamon rolls on the mind again and was wondering if I could make them even smaller!  Yep - I made minis. 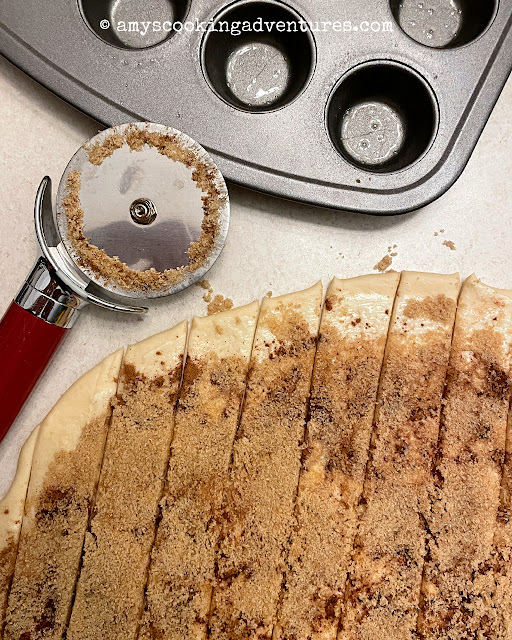 And let’s be honest, they’re adorable, but dare I say, too small?  Or are they great, because it’s an excuse to eat 3 cinnamon rolls in one sitting?  Ah-ha - maybe these are perfect!

Check out these delicious breakfast recipes: 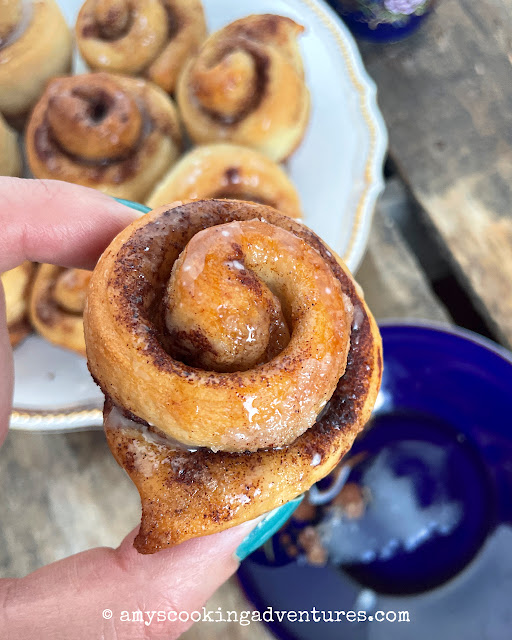 This recipe is a half recipe of another and relies on ½ egg.  Yep.  It’s a bit of a pain but possible.  To get half an egg, crack an egg in a measuring cup and whisk.  Then measure out half for the recipe (use the other half for scrambled eggs).

In the bowl of a stand mixer, combine the water, yeast, sugar, butter, egg, salt, and ½ cup of flour.  Beat with the paddle attachment until mostly smooth, about 2 minutes.

To cut into evenly sized rolls, use a strip of unflavored dental floss (or a sharp knife).  Cut the rolls into 1 ½-inch sized rolls

Arrange the rolls in a lightly greased mini muffin tin.

Once the rolls are light and airy, place them into the preheated oven and bake for 15-20 minutes or until the tops are browned.