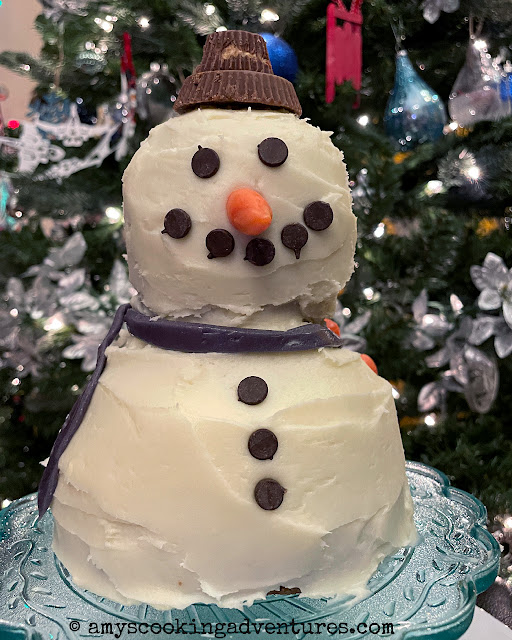 It’s time for Movies and Munchies.  This month, we are watching a newer animated Christmas movie, Klaus. 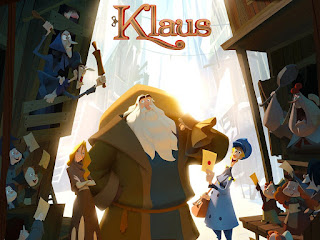 The movie follows a postman who needs to get his priorities straight as he is sent to a town bursting with a Hatfield-McCoy style feud.  Through a series of events and the serendipitous meeting of a talented woodworker, Christmas comes to town. 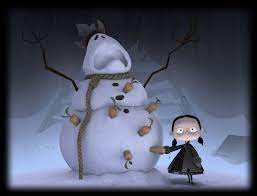 Gruesome and hilarious.  Then Hubs decided I should make a “killer carrot cake” to look like the murder snowman.

And here we are.  Because there’s a bit of a change of heat later in the movie, I made this snowman double sided, which added to the fun in my house! The photo above is the happy side…here’s the murder snowman version. 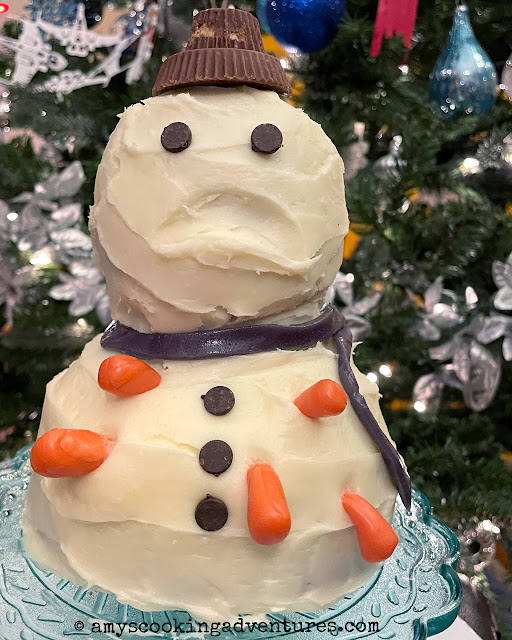 Preheat the oven to 325 degrees F and spray bowls with non-stick spray.  I used a 4-cup bowl for the base and two 1-cup bowls for the head

In the bowl of a stand mixer, beat together the oil and sugar.  Add the egg and rum and beat until combined, scraping down the sides of the bowl, as needed.

Stir in the cinnamon, baking powder, baking soda, salt, and flour.  Stir on medium until well combined.  Fold in the carrots and walnuts with a spatula.

Divide the batter into each bowl and bake for 25-30 minutes or until a toothpick inserted into the center comes out clean. The large bowl will take another 15-20 minutes additional baking time.

Cool the cakes on wire racks for 10 minutes.  Then run a knife along the edges and remove the cakes from the bowls.  Return to wire racks until cooled completely.

To make the frosting, place the cream cheese into the bowl of a stand mixer and beat until smooth.  Add the butter to the cream cheese and cream together.  Add the vanilla and powdered sugar and stir on low until combined and smooth.

Stack and frost the cake, using the two smaller cakes flipped onto one another to make the circular head shape.  Decorate with candies.