November 16, 2022
Disclosure: I received a product to sample from The Book Club Cookbook.  All thoughts and opinions are my own. 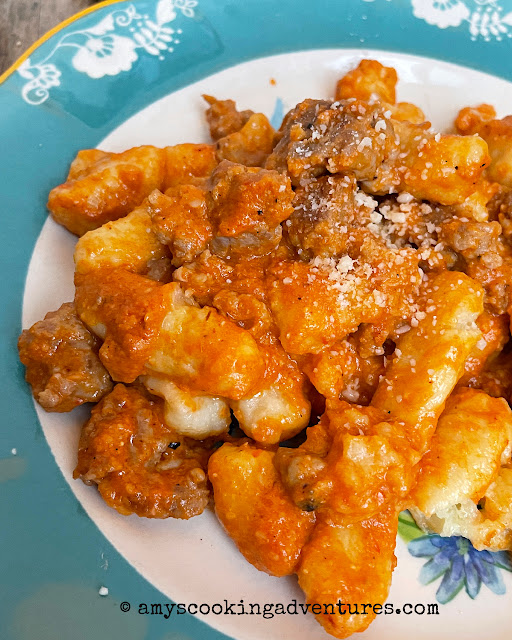 Today I’m kicking off this year’s #blendsbash sponsored by The Book Club Cookbook.  They make awesome spice blends that are delicious and cleverly named after books, tv shows, and movies!  Today’s spice is called The West Zing, now I haven’t seen the TV show, The West Wing, but I do love smoked paprika and the play on words, so that’s what I used today.

The smoked paprika is a signature ingredient in Romesco sauce, which can be used as a tasty veggie dip or pasta sauce.

I served mine over gnocchi with sausage to make it a meal.  Hubs, Dude, and I enjoyed this thoroughly.  Spud was a harder sell, but he is the pickiest by far, which pretty much means: he ate his helping, didn't ask for seconds and passed on leftovers - for him, that’s a win. 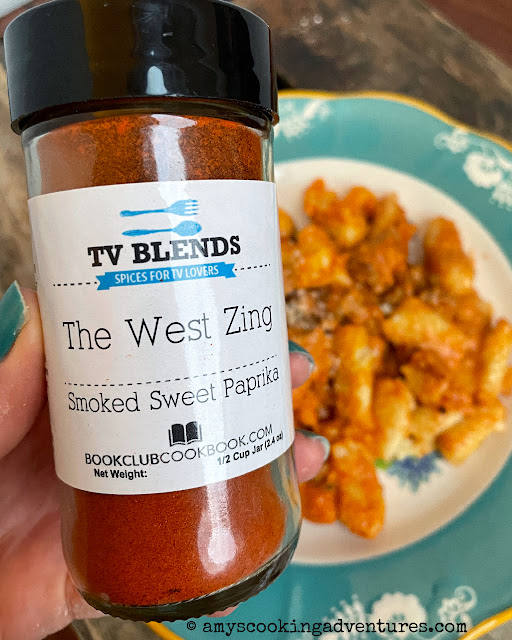 Adapted from The New York Times

Place the bell peppers, tomatoes, and garlic on a baking sheet.  Broil until the peppers begin to blister, turning frequently.  Drizzle the vegetables with oil, then roast at 400 degrees F until all the vegetables are browned or tender.  Remove from oven and cool.

Place the roasted vegetables, almonds, balsamic vinegar, and paprika in a blender and process until smooth.

Heat another tablespoon of oil in a skillet over medium heat.  Brown the pork, breaking it up as it cooks.  Pour the sauce over the browned pork and cook for 5 minutes.  Season with salt, to taste, and serve over gnocchi.