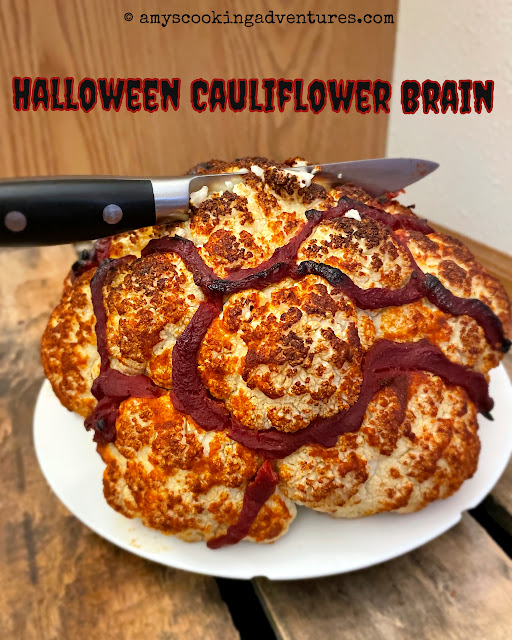 Given the stabby brain, you’re likely thinking a Halloween movie was chosen, but no.  Buckle up, because you’re about to find out how we got from a cheesy Rom Com to Stabby Cauliflower Brains.

The movie of the month was the romantic comedy Letters to Juliet.  In the movie, our characters travel to Verona, Italy and all sorts of loves are lost and found.  One of the main bits features a wall of letters that lovelorn people write to Juliet (as in Romeo and Juliet, the play which also takes place in fair Verona). 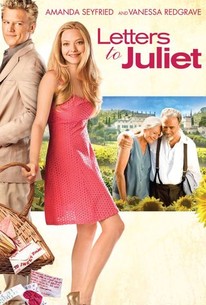 While there wasn’t a ton of food seen in the film (much is off camera), it would be easy to get inspired by Italy or specifically, Verona.

My inspiration took a different turn…

When Spud was a 4th grader, he needed to do a report on Catholic Saint for school.  He was having trouble finding one, until we found St. Peter of Verona (see where I’m going here - same place!)

We learned that St. Peter of Verona (also known as St. Peter the Martyr or St. Peter the Inquisitor) was an inquisitor in the 12th century.  As an inquisitor, St. Peter’s job was to denounce a lot of what people were doing, so he wasn’t a terribly popular guy.  In the end, an assassin attempted to murder him.  Some stories say St. Peter was stabbed in the head with an ax, while others say a knife.  Accounts agree that St. Peter did not die at this point, but instead began writing the Nicene Creed (“I believe in God” or Credo in Deum) on the ground in his own blood before being stabbed in the heart, resulting in his death.

And that’s how we got to today’s gruesome recipe.

In honor of St. Peter of Verona typically pictured in religious art with a large knife in his head), I have created a cauliflower brain.

This spicy dish is the perfect addition to anyone’s Halloween platter as a healthy but gory side dish or a way to honor St. Peter of Verona on All Saints Day (November 1). 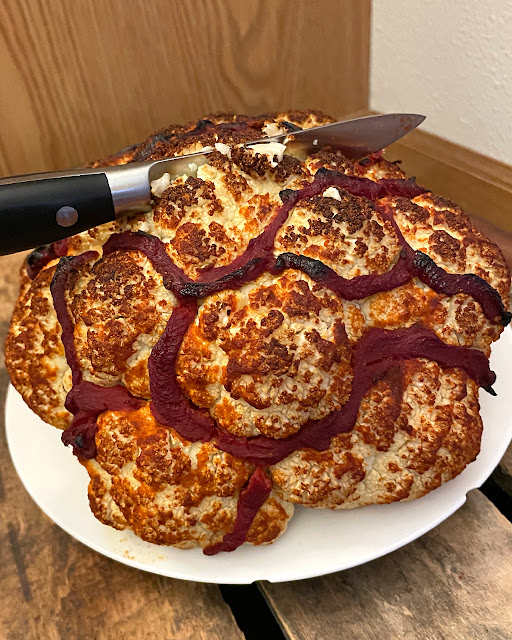 Preheat oven to 375 and line a baking sheet with parchment, foil, or a silicone mat.

Place the cauliflower on the prepared baking sheet.  Whisk together the hot sauce, paprika, garlic, and onion powder.  Brush the mixture evenly over the cauliflower.

Place the tomato paste in a decorating bag fitted with a round piping tip (I used a size 7).  Pipe along the ridges of the cauliflower to make it look like a brain.

Bake in the preheated oven for 35-45 minutes or until browned and tender (smaller cauliflower heads will need less time).

Serving suggestion: cut and serve with additional hot sauce with a side of ranch and/or bleu cheese dressing.