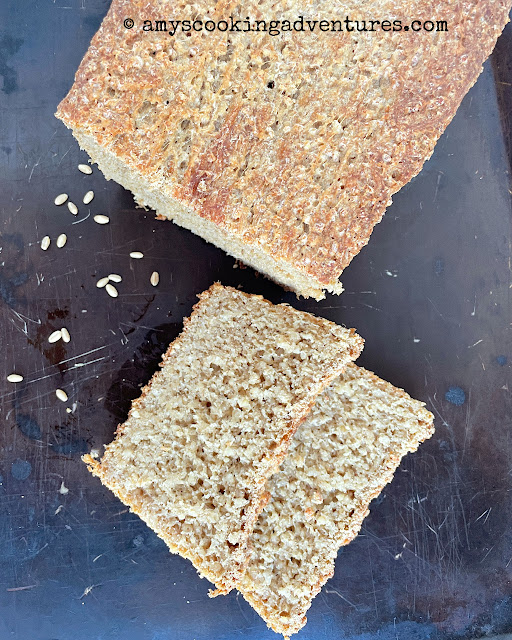 Again, a reason I love this group - it totally pushes me out of my comfort zone!

I never cook with sprouts.  Early on in my cooking adventures, I would toss canned sprouts into stir fry (like so long ago that it's not even blogged) and I don't really like them so I stopped using them.

There are the ones you can buy in the produce section at the grocery store but I always see cautionary things about contamination with those and I have no idea how prevalent those instances are.

So I got to searching and fell down a rabbit hole and decided that I would, of course, just make my own sprouts, thinking I’d do lentils or something.

So I started searching deeper and was dismayed when I realized that most of those sprouted wheat recipes used commercial sprouted wheat flour (sounds expensive) or people who sprout their wheat, dehydrate it (in their own personal dehydrators) and then grind it in their mill that of course everyone has.  Oh, sorry, was the sarcasm too thick?

Of course, those bloggers say that dehydrating in the oven is unacceptable and there is not other way to grind grain.  *sigh*

Then I got to thinking…if I am sprouting the grain, drying it, grinding it, and then adding water, isn’t there a way to skip that dehydrating step?

Well, lucky for me, a few innovators were thinking the same thing and I found a recipe for wet sprouted bread.

A big difference I noticed was that the flour that is dehydrated soaks and then is left to sprout for a day or two, developing a nice tail.  For wet sprouted bread, the wheat berries only go through the soaking stage, with just the suggestion of a spout beginning to show.  According to the internet, allowing the berries to sprout further in a wet sprouted bread will result in a dense hockey puck.  Definitely not what we’re going for here. 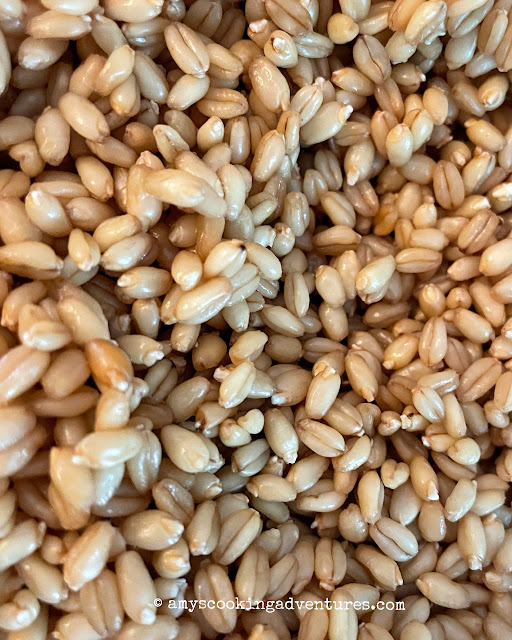 So how did it go?  Well, as you can see in the pictures, the dough sunk in the middle (insert panic while baking).  I think it’s because my dough was still so incredibly wet when I put it in the oven.  I tried to offset it with some all purpose flour, but didn’t want to go too far, perhaps I could have used another ¼ cup.

Nevertheless, this did make a very tasty bread, it was on the denser side as whole wheat breads often are, but not a hockey puck.  It almost had the consistency of  a quick bread, but not quite.

While this likely will not make it into my regular bread rotation, it was fun to make.  In fact, I still have some wheat berries left, so I may try another method to see if I can achieve a fluffier bread.

Check out these other recipes made with sprouts: 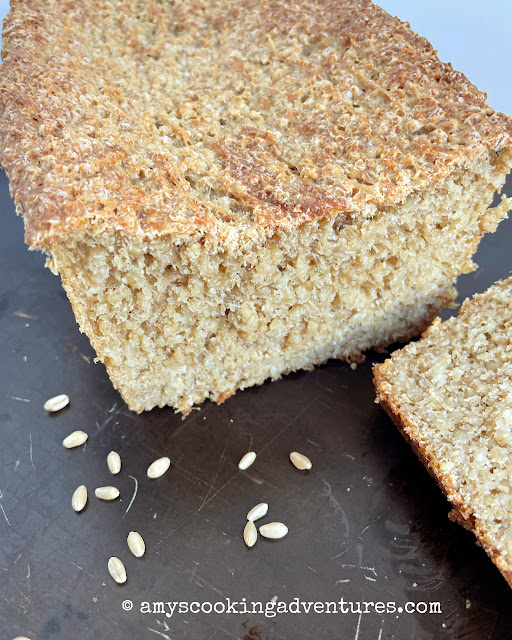 Adapted from The Cheerful Agrarian

Place the wheat berries and lukewarm in a bowl.  Cover and soak overnight.  After 12-18 hours, tiny spouts should appear.

Place the warm water in the bowl of a stand mixer and stir in the yeast and half the honey.  Allow the yeast to proof.

Add the processed wheat berries, remaining honey, fat of choice, and salt.  Mix with the paddle attachment until the mixture starts to come together.  If the mixture is extremely loose, consider adding the all purpose flour.  It may take 10-15 minutes of mixture on low for the gluten to develop enough for the mixture to come together.  The dough will still be quite sticky (I could just barely bring mine together into a stick ball).

Place the dough into a greased bowl.  Cover loosely and set aside to rise for 1 ½ hours in a warm place or until doubled in size.

Move the dough (again still quite sticky) into a greased loaf pan, set aside to rise for about 20 minute or until the dough reaches the rim of the pan.

Preheat the oven to 375  degrees F.  Bake the bread in the preheated oven for 40-50 minutes or until the top is golden brown and a thermometer inserted into the center of the loaf reads 200 degrees F.

Remove from pan and cool before slicing.