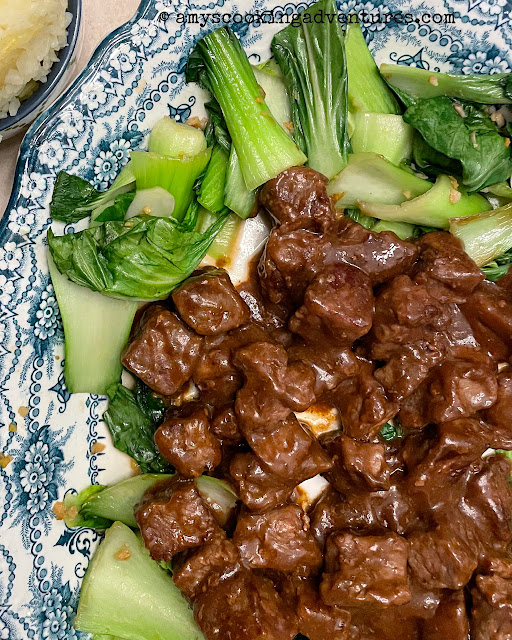 I took a look at tiger inspired recipes, but I was not inspired at all.  Instead, I decided to look at different stir fry recipes and found a fabulous stead stir fry.

Instead of telling you how great this recipe was, I’ll tell you that the pound and a half of meat that this one called for left no leftovers at all with my family of four.  Now, we are 3 men (adult, teen, & tween), plus me, but even so…this went over very well.  The bok choy the steak was served over was not as popular (I said “finish your salad” (the best way to get spud (the tween) to eat) several times), but Hubs and I were fans of the whole meal!

Looking for more ways to celebrate the Chinese New Year?  Look no further: 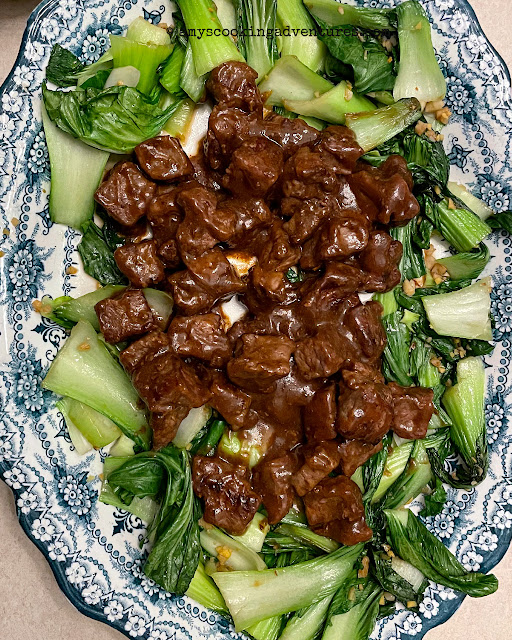 Adapted slightly from The Woks of Life

Place the steak in a large bowl.  Stir in the oil, cornstarch, salt, and baking soda.  Set aside for 30-60 minutes to marinate.

Heat another tablespoon of oil in a large skillet or wok over medium-high heat.  Add the beef and cook until seared.  Meanwhile whisk together the steak sauce ingredients.

Once the steak is cooked through, reduce the heat to medium-low and stir in the sauce.  Cook until the sauce has thickened.  Remove from heat and set aside to rest.

Heat the remaining tablespoon of oil in a different skillet over medium heat.  Add the ginger and garlic and cook for 1 minute.  Stir in the bok choy and cook until just beginning to wilt, stirring constantly. Sprinkle with soy sauce and sugar.

Place the bok choy on a plate.  Top with the steak and sauce.  Serve with a side of rice.