This post was originally published in 2016 on my other blog, but since I'm no longer maintaining that one and I love these cupcakes, I'm sharing it here! 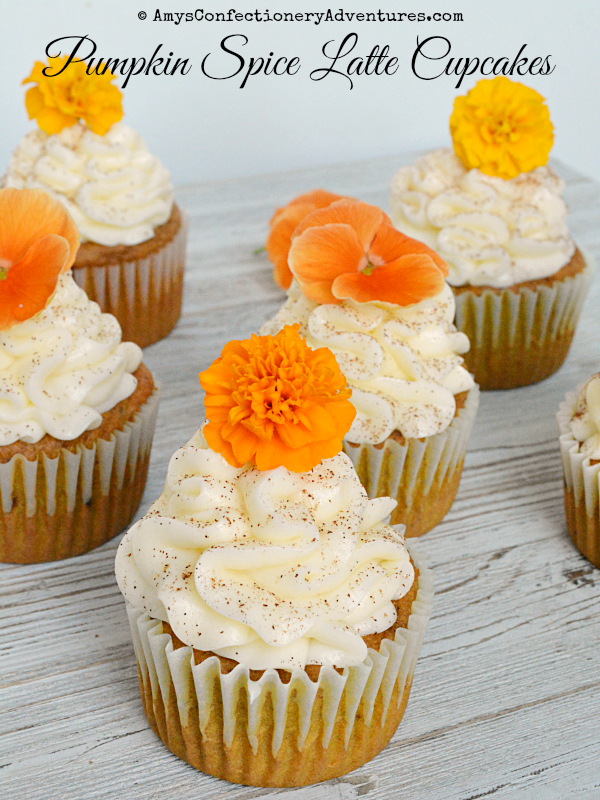 The leaves aren’t changing yet, but the kids are back in school, pumpkin spice latte is back in the coffee shops and fall is in the air!

Speaking of pumpkin spice, why not make some cupcakes?  I’ve made a few variations of pumpkin cake in the past.  The from-scratch version is here, the easy-peasy version here, and the chocolate version is here! 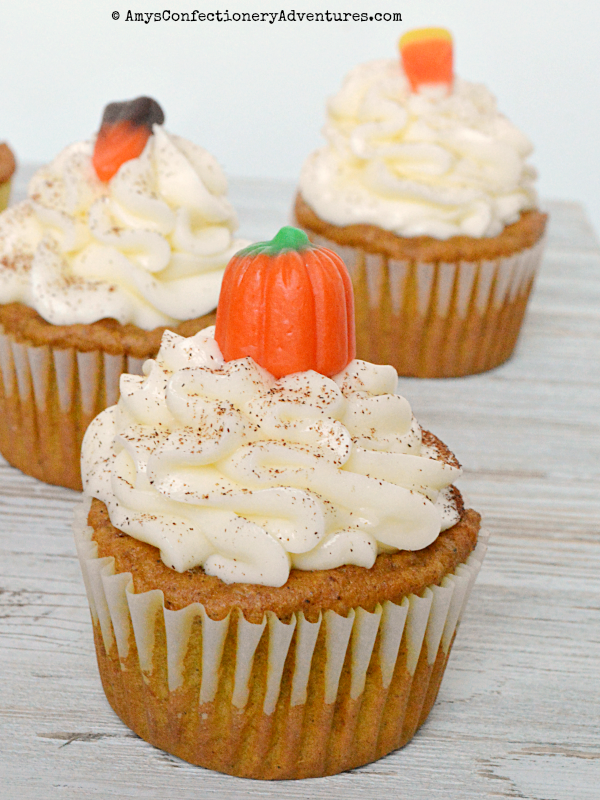 This time around, I wanted to incorporate some sour cream (because it makes cakes delicious) and coffee, because why not?  Oh, and of course cream cheese frosting, because I love it (but I almost never get to use it, because it doesn’t play nice with fondant).

Anyhow, I took the whole batch to our Back to School Night Potluck at school and they were gone in a flash (with rave reviews!)  This is definitely a keeper! 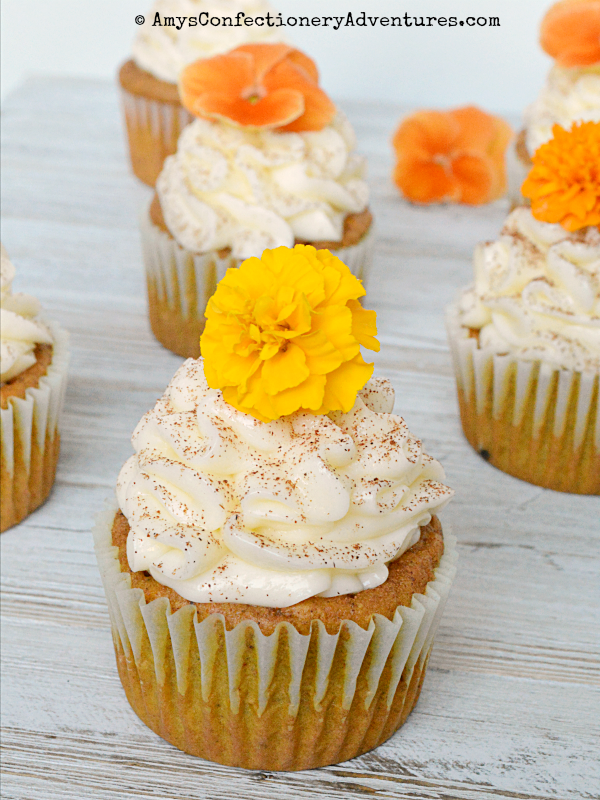 Recipe Note:
1/3 cup strongly brewed coffee can replace the water and espresso powder in this recipe.

Place all of the cake ingredients into the bowl of a stand mixer.  Mix on medium speed for 2 minutes or until smooth, scraping down the bowl as necessary.  Use a large (approximately 3 tablespoon) scoop to divide the batter evenly among the liners.

Bake in the preheated oven for 25 minutes.  This batter is very moist.  Cupcakes may need an additional 5-8 minutes of baking time, a few moist crumbs will likely remain on a test toothpick when the cupcakes are done.

Remove from the oven and cool completely (the tops of the cupcakes may collapse slightly).

To frost, place the frosting in the piping bag fitted with a large tip (I used a Wilton 2D).  Pipe the frosting into the cupcakes and dust lightly with cinnamon.  Garnish with edible flowers or candy corns, if desired.