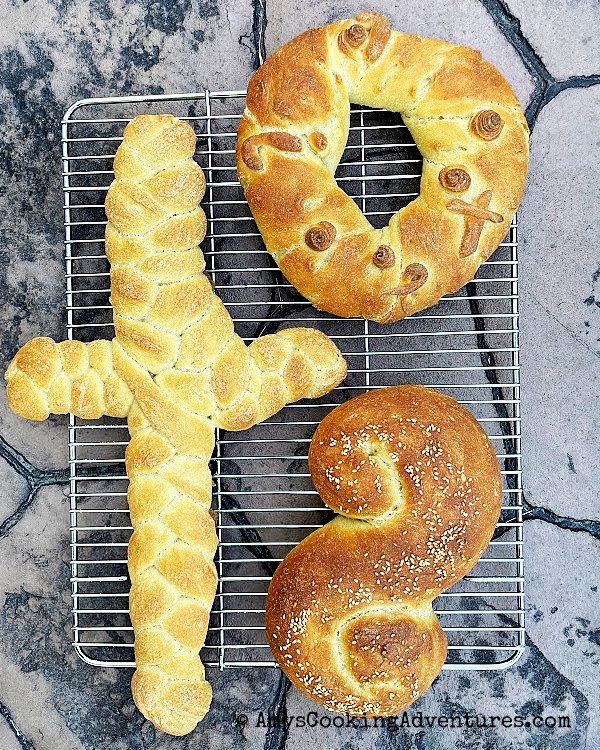 This month’s Cook the Books Club pick had me baking bread again!  The book was 97 Orchard by Jane Ziegleman.  Here is my Goodreads review with my thoughts on the book:

97 Orchard: An Edible History of Five Immigrant Families in One New York Tenement by Jane Ziegelman
My rating: 4 of 5 stars

The premise of the book was interesting enough, but the title was misleading.

Going in, I thought I'd have a intimate look at the day to day life of these tenement families. And in a way, I suppose, I did. However, it would be more accurate to highlight the nationalities of the immigrant families in the subtitle, as that's what each chapter actually focused upon.

Other than that annoyance, the book was incredibly informative. It was interesting to see how immigrants came to and adjusted to life in America and how those people ended up shaping our national cuisine.

While I was mixed on the book, I did find plenty of culinary inspiration.  Many vintage recipes were included in the book.  And while I thought I would try my hand at one of those, I found I was most inspired by a paragraph long mention of Silician Bread.  I was inspired because the bread was described as different breads representing the Saints.  Since I’m Catholic, I loved the idea of honoring the saints and set out to research Silician Bread.

It was a bit of a challenge.   I was able to find a recipe for Sicilian bread, but finding breads representing the Saints took a little more effort. 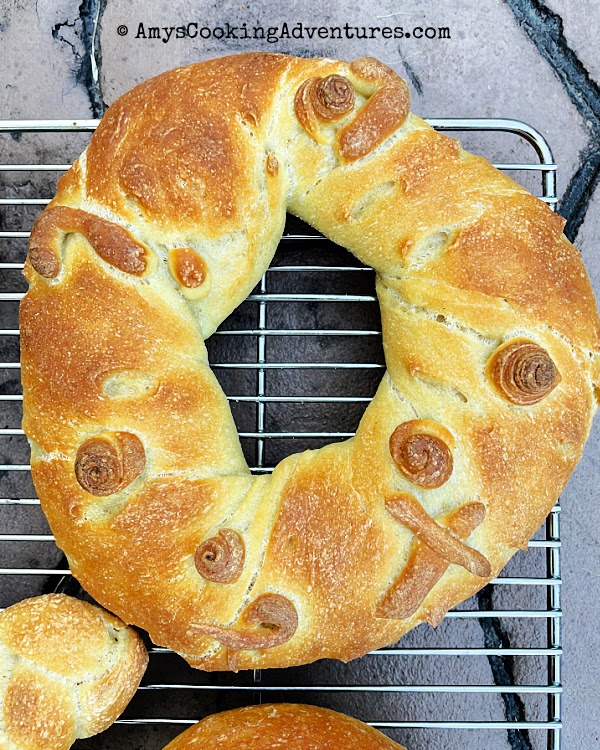 I used this recipe to make three different loaves of bread.  The first was a Saint Joseph bread.  This one was shaped in a circle, like a crown of thorns and included roses (I assume as homage to Mary). 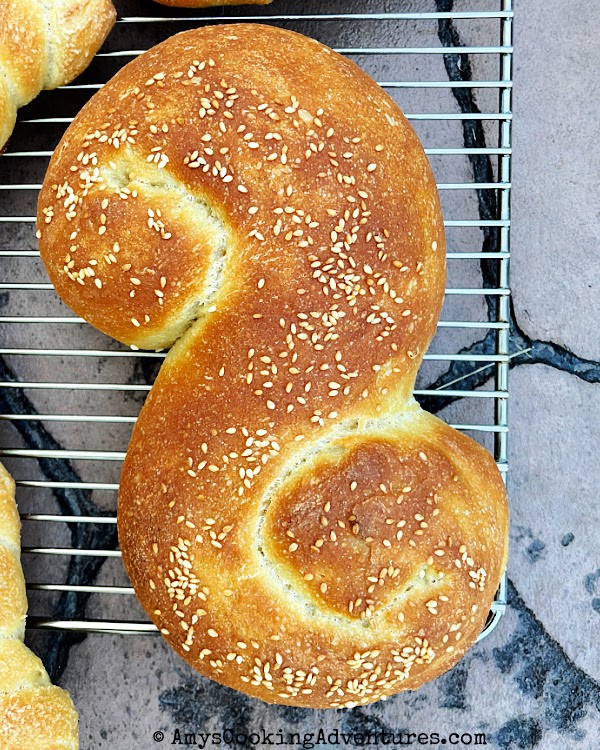 The second loaf is with a scroll loaf or Saint Lucy Bread and formed in an S shape. 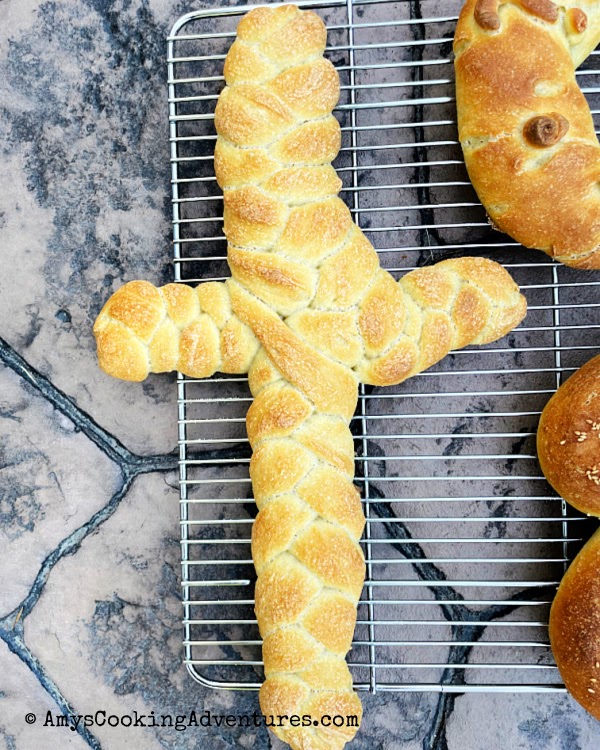 The final shape was a braided bread, in the shape of a cross.  This was by far the favorite in my house (followed by the St. Joseph bread).  Spud like that is kind of shaped like a sword.  Both kids loved that it was braided to form a cross.

To make the Sicilian Bread dough, follow the recipe found at A Family Feast.  And for directions on braiding the cross bread, check out On the Care and Feeding of Geeks.