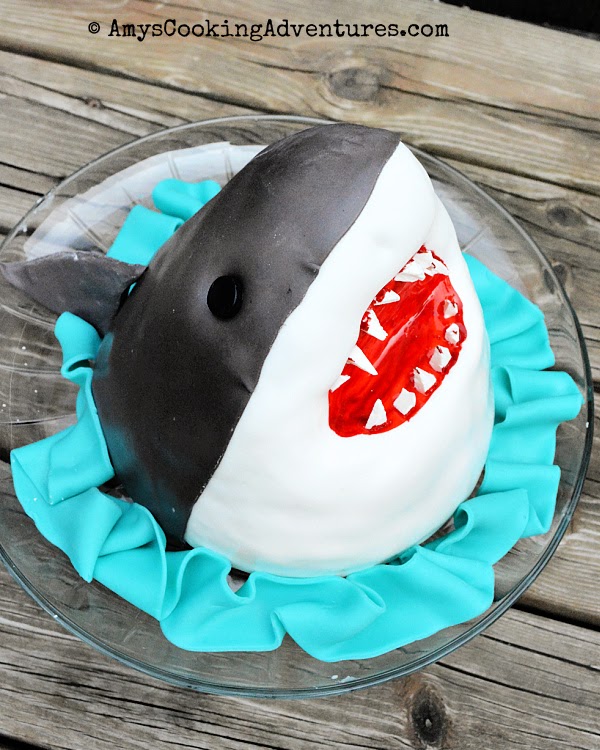 Admittedly, this was an odd choice, check my invite link to see the reasoning behind it!

Having read the book first, it took some of that fear away from the movie for me. That said, in the first minute and a half I decided that my children would not be watching Jaws yet- it was definitely too scary.

Since I don’t eat seafood and there wasn’t much for food inspiration, I decided to share another one of Spud’s birthday cakes that I never got around to sharing before!

As I’ve mentioned, Spud is a shark fanatic. He learned to play the Jaws theme song on piano when he was 9 and the year before when he turned 8, he had a shark themed birthday party. 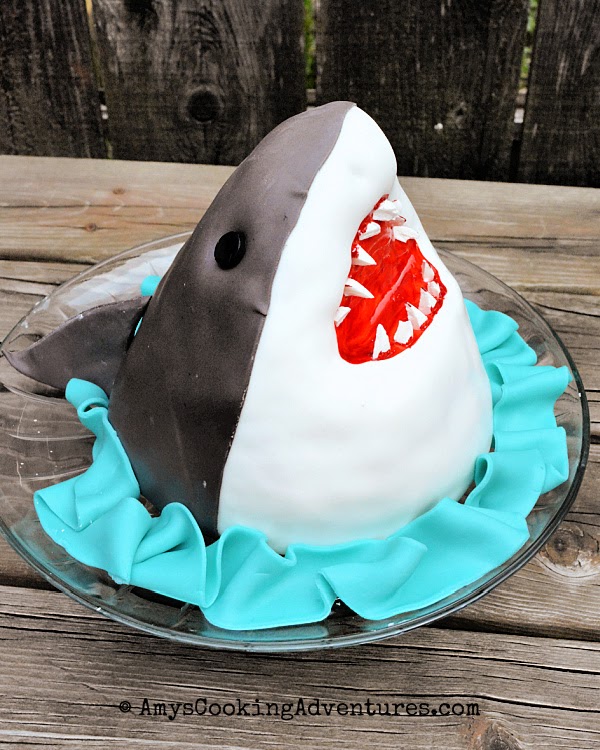 Though this shark looks like a great white, it is actually Spud’s favorite extinct shark: the Megalodon.  With this cake we had an awesome T-rex vs. Megalodon theme in the decorations and it was tons of fun!

The centerpiece of course was the cake! I had one happy boy that year!