This recipe first appeared on my other blog, but since I'm no longer maintaining it, I am resharing my favorites here! 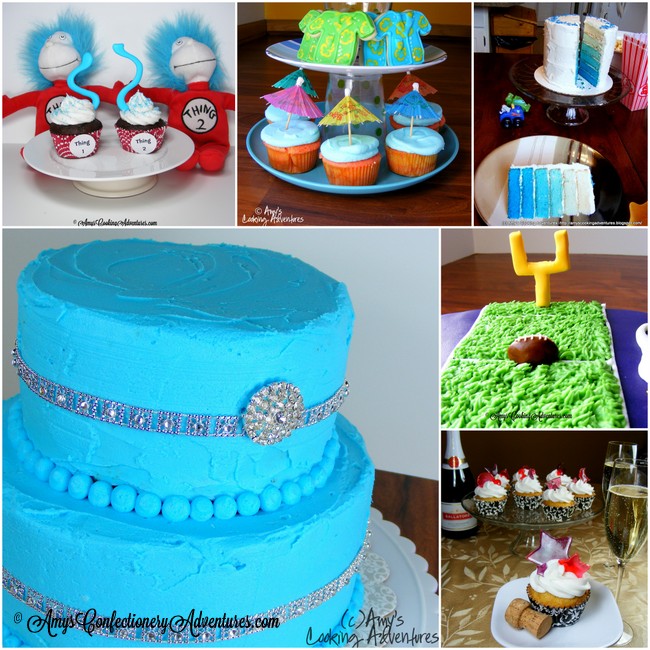 Since we’ve been talking Fondant and How to Use it, I thought it important that I also address Buttercream.  With every fondant cake, I use a layer of buttercream.  I sometimes also make buttercream only cakes, but my buttercream smoothing skills still need a bit of work, so I tend to shy away from those.

But either way, buttercream is a necessity.  The term buttercream immediately makes one think butter, it is in the title after all.  But let me tell you a little secret (my buttercream doesn’t use butter).  Nope, my favorite is a Crisco (solid vegetable shortening) based frosting.

With that said, I know many bakers who use all Crisco, or all butter, or half Crisco and half butter, or butter flavored Crisco.  It’s really up to the baker to decide what’s best.

The recipe below is written as I make my buttercream, but keep in mind that equal parts butter (or a combination thereof) can be substituted for the Crisco.

One more point is the flavoring.  The most common flavorings are butter, vanilla, and almond. Orange and lemon flavorings are very popular as well.  I prefer the almond, but also frequently use vanilla (just be sure to get clear imitation vanilla or the frosting may have a brownish hue.)  Also feel free to experiment with any extract or flavoring that will complement your cake.  And don’t be afraid to experiment!  The frosting can add another layer of flavor to an already delicious cake!

Recipe Notes:
*For the best buttercream, be sure to use Crisco brand vegetable shortening.
*I typically use about 5 tablespoons of water to make a thin icing for frosting cakes.

Combine the Crisco, confectioner’s sugar, meringue powder, flavoring, and salt in the bowl of a stand mixer.  Add 4 tablespoons of water and mix on low speed until combined.

Scrape down the sides of the bowl.  Increase the mixer speed to medium and beat for 1-2 minutes or until the buttercream is light and fluffy.  Add additional water as needed to achieve desired consistency.

Use immediately.  Keep the frosting covered when not in use.