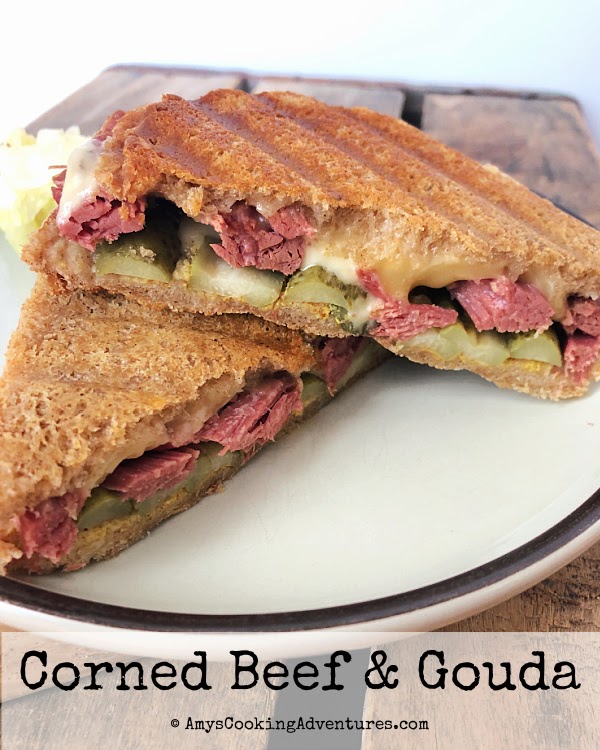 It’s time for Food n Flix and this time it was my pick with PS I Love You!

If you read my invitation post, you might remember that I went into this totally blind.  I googled good movies for March and this one popped up since (according to Google) it took place in Ireland. 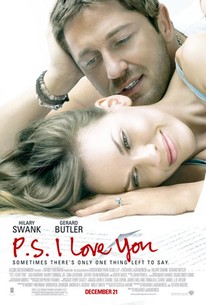 I found out it was also a book and since it had ”love” in the title, I picked the book for a February book club and the movie for a March movie (spreading them out so participants had time for both)

And that’s how I read the book (blindsided by the sad nature of the book) and immediately followed it up with the film adaptation.

And since I went from book to movie (you can see my book review in this post for Boozy Blue Raspberry Lemonade) I can’t help but compare the two as I write about the movie.

If you read my book review, you’ll find that, while I was engaged the whole time, I was also rather upset by the book.  I really wasn’t sure how I’d feel about the movie.

There were parts I liked better, like the creative delivering of the letters from the deceased Gerry to Holly.  But parts that were super disappointing.  Hillary Swank’s portrayal of Holly fell very flat for me and Harry Connick Jr. and Daniel was just ick.  Kathy Bates, however, was fantastic - I wish there had been more of her.   However, the most disappointing, for me, was that the movie (mostly) took place in America.  I was so sad that we didn’t get to see book Holly’s eccentric Irish family (in the movie she is American and Gerry is Irish).  The part of the movie that took place in Ireland was by far the strongest part of the story.

Book and movie were vastly different and I can’t honestly say that I prefer one over the other.  Both were mediocre for me.

I also managed to pick a movie with little foodie inspiration (oops).

However, there was mention of a corned beef sandwich and since I already had Crockpot Corned Beef on my menu for St. Patrick’s Day, I knew I wanted to reimagine my leftovers as a sandwich.

When people think “corned beef sandwich”, most automatically think “Rueben”.  But since I don’t care for sauerkraut, I decided to go a different direction.  This version is reminiscent of a Cubano Sandwich (which, looking back, I made almost exactly 6 years ago for a different Food n Flix pick!)  Other than making Corned Beef Hash, this is now my favorite way to enjoy leftover corned beef! 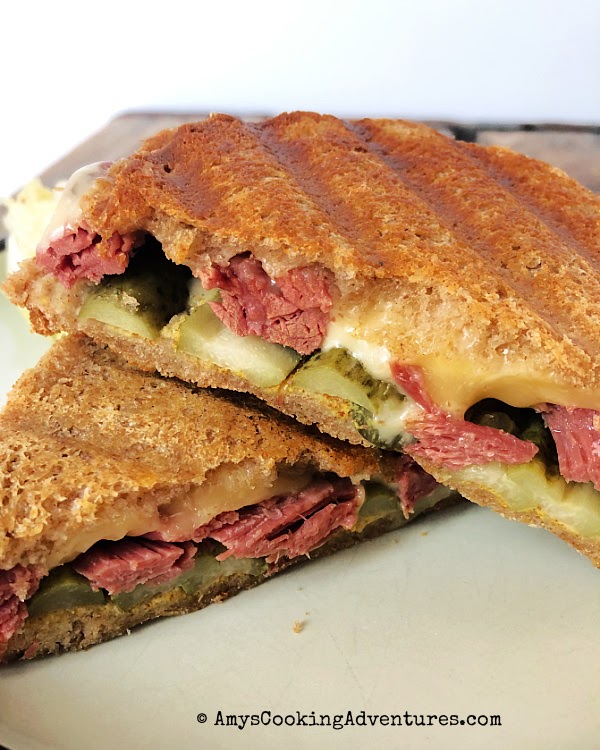 Preheat a panini press (or Foreman Grill or skillet over medium heat).

Place the sandwich in the panini press and cook until the cheese is melted and bread is toasted.  Serve immediately.