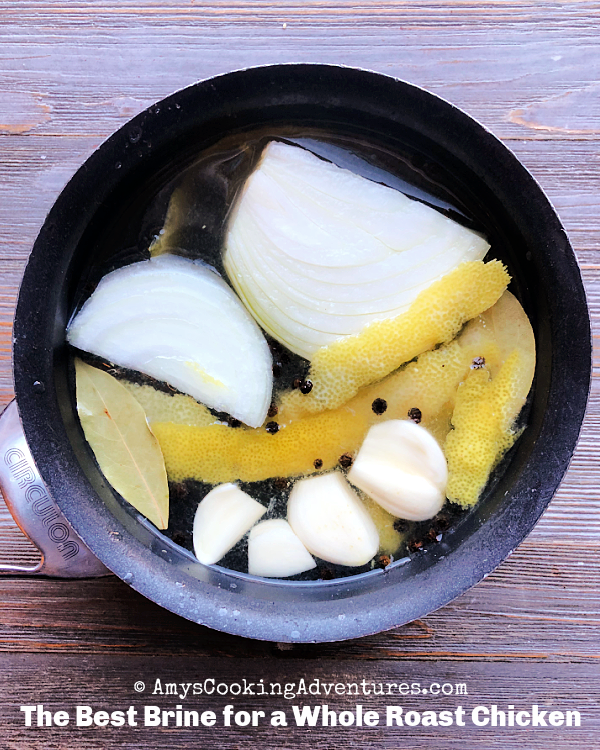 I never used to brine chickens.

Then, a couple years ago, I decided to try brining my first turkey - the moist turkey was a game changer, and I realized that I needed to start brining all my poultry...which means I do a lot of brining.

You see, since kindergarten, at the most, Spud would eat about half the school hot lunches and want cold lunch for the rest.  As the years have progressed, this number has dwindled to the point where he only eats one school lunch (Taco in a Bag).  He sometimes goes for months taking only cold lunches.

Honestly, I’m fine with this choice, since I know I can provide him with a healthy balanced meal (school lunches can be as well, but kids have a huge tendency to dump what they don’t like.  I have lunch duty a couple times a week and you wouldn’t believe the stuff that gets tossed - yikes!)

Here’s the next problem - Spud (especially after COVID and quarantine) has become increasingly picky about what he’ll eat in his cold lunch.  I think being able to heat up whatever he wanted to lunch during quarantine spoiled him a bit.

He refuses deli meat (no sandwiches), peanut butter isn’t allowed (he doesn’t like alternatives), he likes cheese, but says it gets “weird” in his lunch box…

We have a thermos to keep things warm, but he’ll only eat knoephla soup, chicken noodle soup, and the occasional pasta in there.

For cold options (because I don’t always have soup), he’ll eat roast chicken, cold pizza, roast ham (not the deli meat, I have to roast a whole ham), and pepperoni.

You see my struggle.

In other words, I make a lot of chicken.  I’ve taken to brining and roasting a chicken on Sundays for a family dinner, then Spud eats the leftovers in his cold lunch throughout the week.  Thank goodness he’s okay with repetition!

After I made this particular chicken last weekend, Hubs was so enthusiastic to help out that the chicken was carved and on plates before I could snap a cooked picture.  Suffice to say, this weekly recipe is a winner, enjoyed by all!

Here are some other great Sunday Funday Chicken options! 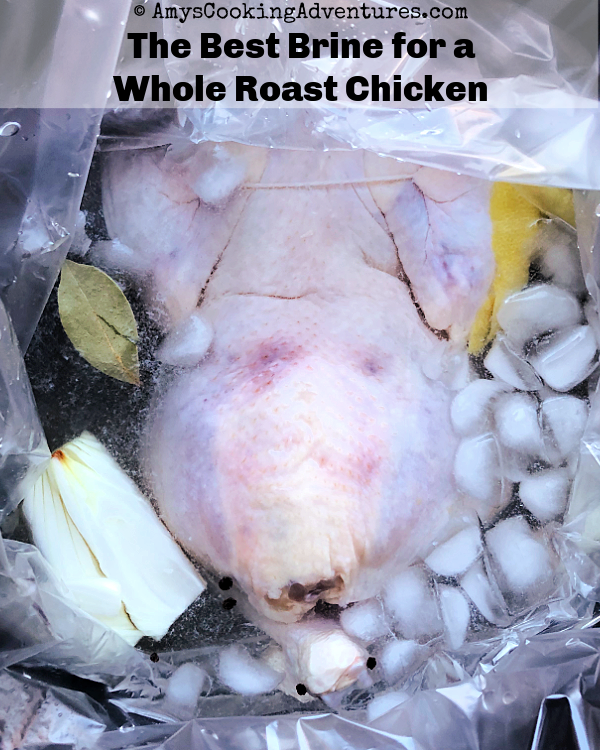 2 cups water, heated to a simmer

Stir the salt, sugar, bay leaves, onion, garlic, lemon zest & juice, and peppercorns into the simmering water.  Stir until the salt and sugar are completely dissolved.  Remove from heat.

Pour the brine into a pot (I like to line mine with a large, food-safe bag for easy clean up).  Add the ice to cool it down.

Place the chicken in the cooled brine and top with 8 cups of water or enough to submerge the chicken.  If using a bag, tie it shut, if not, top with the pot cover.

Place the brined chicken in the refrigerator overnight.

To cook, remove the chicken from the brine and at 400 for about 75 minutes or until done.