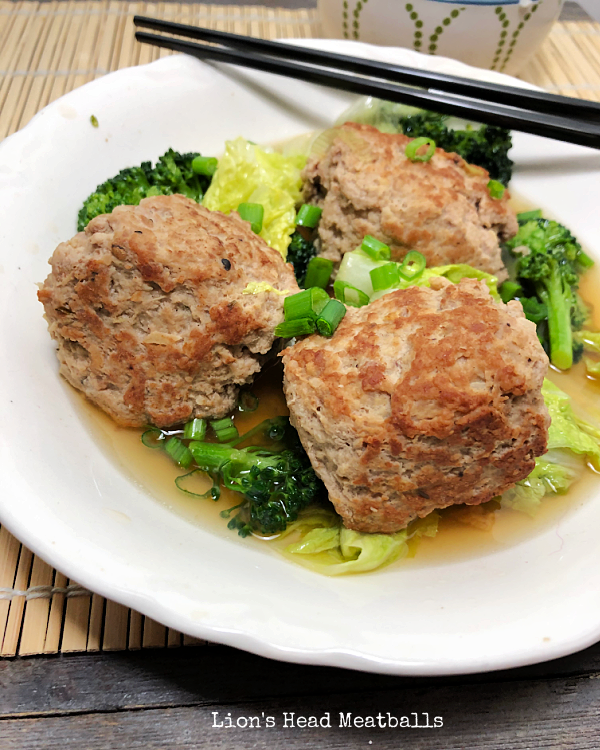 Chinese New Year is this Friday, so Sunday Funday is celebrating today. I wanted to challenge myself a bit and do something different than the usual stir fry.

There is a lot of stirring (I had my stand mixer do that), followed by deep frying (I went for a pan fry), and finally a slow braise.  Sometimes the meatballs are served with a sauce and other times with the braising liquid.  I went with the second option and served these with a flavorful broth! 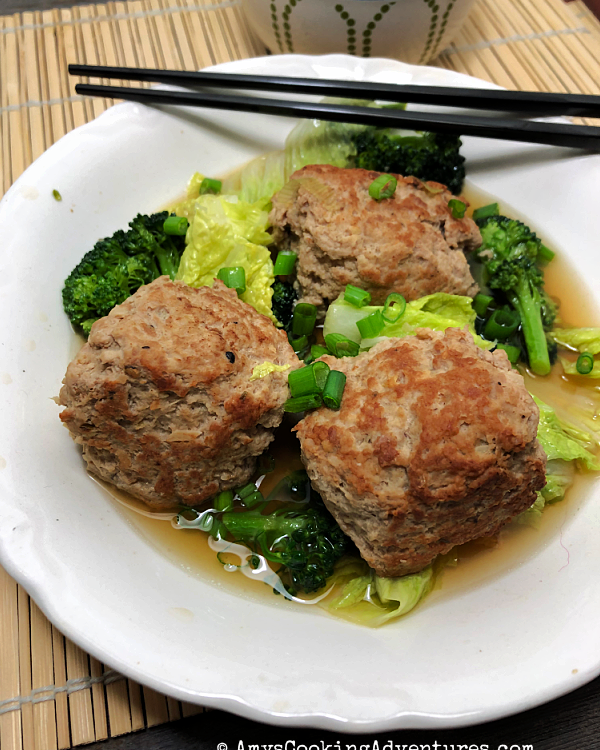 -Most recipes for Lion’s head meatballs call for a fatty ground pork with as much as 30% fat.  I picked up a freshly ground pack from my local grocery store and hoped for the best.

-The recipe directions I found online called for mixing the pork by hand in one direction for 10 minutes to achieve a paste-like consistency.  I made the executive decision to let the stand mixer do that work for me!

Adapted from The Woks of Life

Place all of the meatball ingredients into the bowl of a stand mixer fitted with a paddle attachment.  Beat on medium low speed until the ingredients are mixed together and take on a paste-like texture.

Meanwhile, heat about 2 tablespoons of canola oil in a skillet over medium heat.  Split the meat into 6-8 large meatballs.  Place in the skillet and brown on all sides.

Meanwhile, heat the chicken broth in a soup pot over medium heat.  Add the white parts of the cabbage, ginger, water chestnuts, green onions, soy sauce, brown sugar, and sesame oil.  As the meatballs finish browning, add them to the broth.  Simmer for 15 minutes or until the meatballs are cooked through.

Add the broccoli and green parts of the cabbage.  Cook for another 5 minutes and serve.