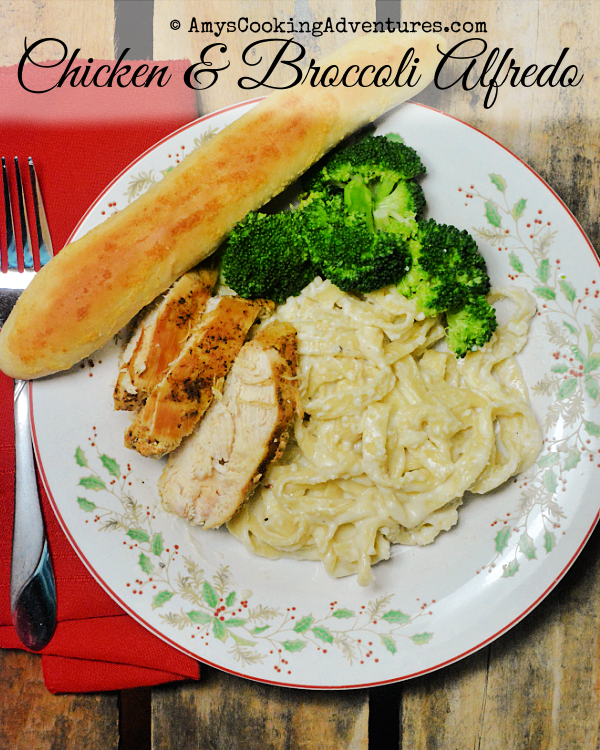 Is there anything better than a good alfredo?  When Hubs and I were dating, I would almost always order alfredo when we went out to dinner (well, that or chicken strips - haha).

Hubs and I were friends for a couple years before we started dating.  Once we finally started dating, it was only a matter of months before I knew I was going to marry him one day (but we were in college, so I knew that it would be a couple of years - neither of us wanted to get married before we had jobs).

So, after a few months it was Hub’s birthday and I wanted to do something special.  I didn’t cook yet (at all), but I got a recipe for alfredo from my mom, borrowed the kitchen at my church, and made alfredo.

Did I mention it was my first experience with a gas stove?  Well, it heated too much and I broke my sauce and ended up serving globby (but still delicious) alfredo.  Thankfully, Hubs was able to overlook that flaw!

In the early days of blogging (9 years ago, to be exact), I remade that recipe again.  But since that initial share, I’ve made improvements. Now that there are 2 tweens in the mix, I made a much larger batch and I generally serve it over homemade pasta (but will still use boxed in a pinch). 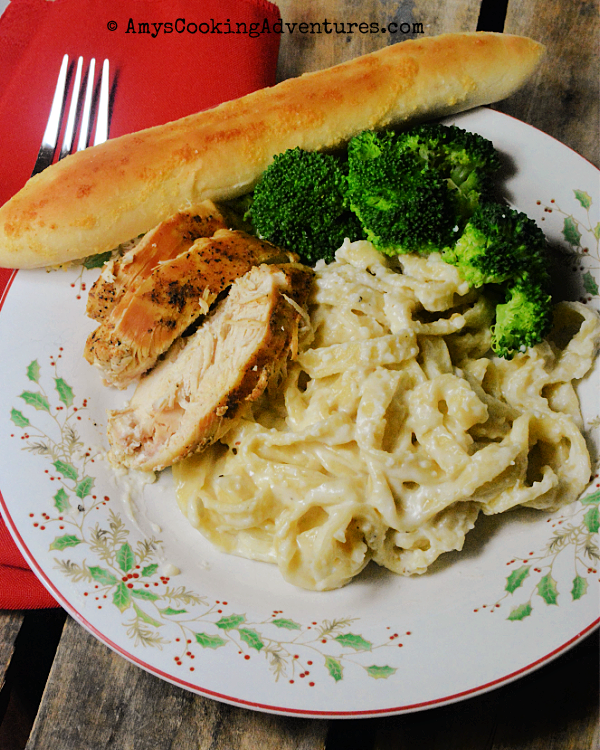 Heat the butter in a small saucepan over medium low heat.  Add the garlic and cook for 1 minute.

Add 1 cup of half and half and cook until heated through - do not boil!

Stir in the parmesan cheese and cook (no boiling!) until the cheese has melted and the sauce is smooth.  If the sauce is too thick, add additional half and half and cook until heated through.  Season with freshly ground black pepper.