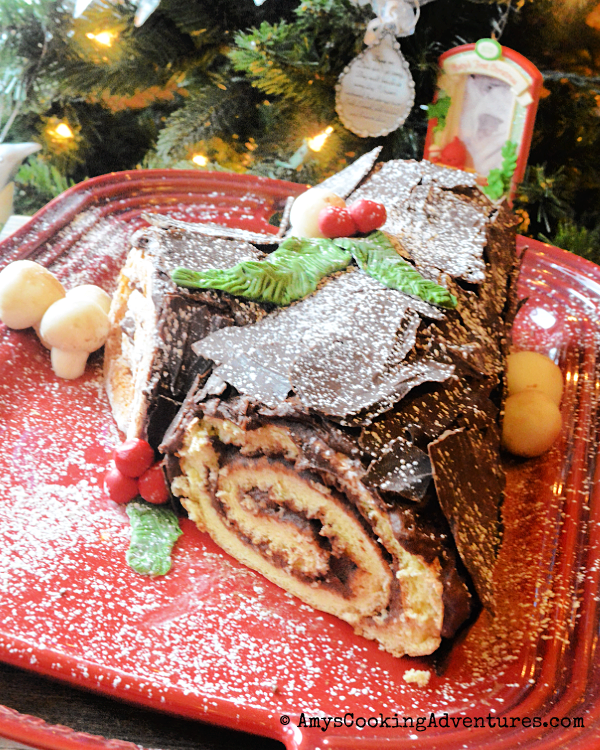 It’s been seven years today since our daughter was stillborn at 28 weeks.  I still think about her every single day. 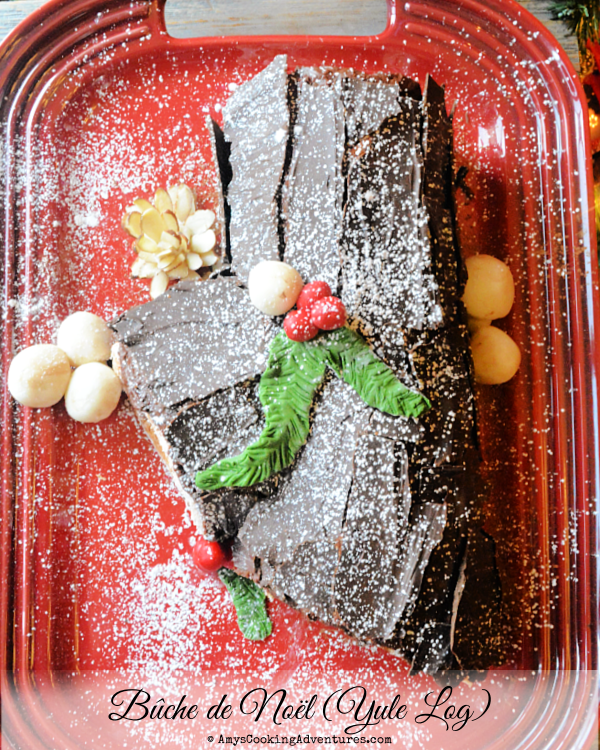 For the last several years, I’ve made a Christmas cake on her birthday.

This year’s cake was by Spud’s request.  His teacher taught the class about Christmas traditions around the world and he learned about the Yule Log tradition.  He came scurrying right home and wanted to make one.  He originally wanted to make it on Christmas Eve, but I convinced him that it would be even better Sarah Catherine’s birthday. 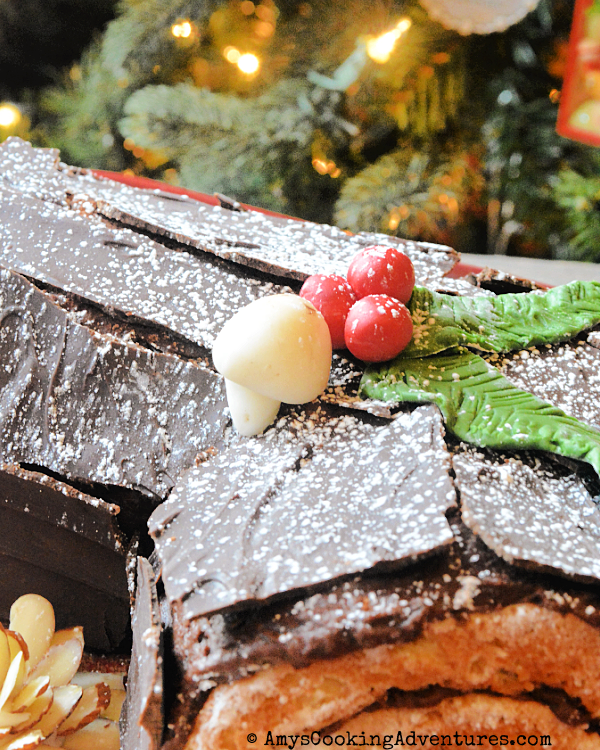 So here we are, seven years down the road and a yule log cake.

The cake was intense to make, but well worth the effort.  It was rich and delicious.  Perfect for the holidays or a special birthday. 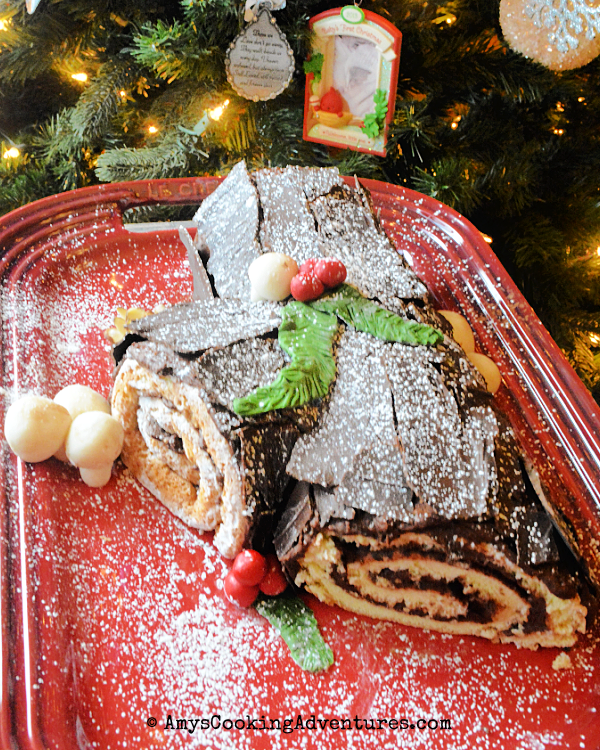 -This makes a bit too much frosting, but I’d always rather have too much than too little!

To make the cake, preheat the oven to 375 degrees F (do not use the convection setting).  Spray a 15 ½ x 1- ½ -inch jelly roll pan with non stick spray.  Then, line the bottom with parchment paper.  Lightly spray the parchment as well.

In a small bowl, whisk together the flour, baking powder, and set aside.

Place the egg yolks and ⅔ cup of white sugar in the bowl of a stand mixer fitted with the whisk attachment.  Beat on high speed until the mixture is thick and light yellow in color.  Scrape down the bowl, add the vanilla and beat again until combined.

Set the yolk mixture aside and clean the bowl and whisk.

Place the egg whites into the bowl of the stand mixer fitted with the whisk attachment.  Mix on high speed until foamy.  While the mixer is still runnig, add the remaining ⅓ cup sugar, 1 tablespoon at a time until stiff peaks form.

Spread the batter evenly into the prepared pan.  Bake for 12-15 minutes or until the cake springs back when lightly pressed.

While the cake bakes, prepare a towel for rolling.  Use a thin, lint free kitchen towel (a flour sack or tea towel works best).  Sift a thin layer of powdered sugar over the surface of the towel.

Once the cake is done cooking, immediately run a butter knife along the edges of the pan to loosen the cake.  Then invert the pan over the prepared towel.  Remove the pan and parchment paper.  Then, gently roll the cake up, starting from the short end.  The towel will be rolled up in the cake.  Let the cake cool completely on a wire rack.

To make the frosting/filling, mix together the powdered sugar and cocoa powder in the bowl of a stand mixer.

While the mixer is running on the lowest setting, pour in the melted butter and milk.  Stir until the frosting is smooth and blended.  Stir in the vanilla.

Cut a small piece off one end of the cake at an angle.  Place the piece on the side of the cake to make a y-shaped log.

Use the remaining frosting to frost the outside of the cake, leaving the ends unfrosted.  Lightly dust with cocoa powder.

Prepare another pan with parchment paper. Spread the melted chocolate in a thin layer over the parchment.  Refrigerate for 10 minutes to allow the chocolate to set.

Once the chocolate is set, break chunks off and place them onto the cake to resemble bark.  Dust the yule log with powdered sugar.

If desired, make mushrooms, holly, and berries out of marshmallow fondant and place them around the cake.