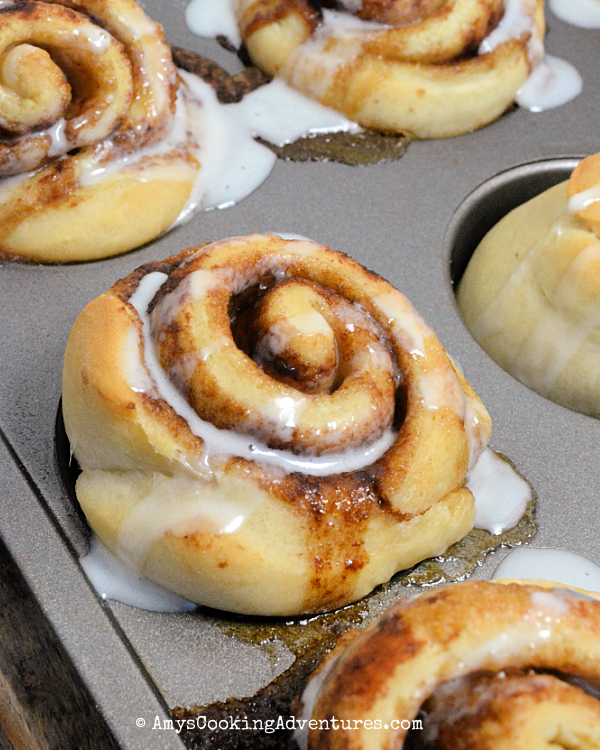 You guys!  I read the book for the bi-monthly Cook the Books Club pick -- ages ago!  I chose and made my recipe -- ages ago!  Do you think I remembered to actually finish my post and share it until now?  Nope!

A vacation for a wedding, worries over pandemic (we’re all fine), and an unexpected trip to say a final good-bye really threw me for a loop! Thankfully, I remembered just in time (as I was going through photos to edit).

So here we are!  This month’s Cook the Books Club pick is hosted by Simona at Briciole. She chose The Secret, Book & Scone Society by Ellery Adams.   Here’s my GoodReads review:

The Secret, Book, & Scone Society by Ellery Adams
My rating: 4 of 5 stars

I don't typically like novels in which a regular citizen fancies themselves an investigator and goes about solving a murder (usually impeding law enforcement along the way). This book was not that.

In this novel, law enforcement is corrupt, necessitating our regular citizens to take action. Our main character, Nora goes a little too vigilante toward to end, but overall, the book was capivating and well-written.

So what to make for this challenge?  There were so many ideas!  The most obvious was scones (I nearly made a chocolate comfort scone), however many bakery items made an appearance in this story and circumstances presented themselves for cinnamon rolls. 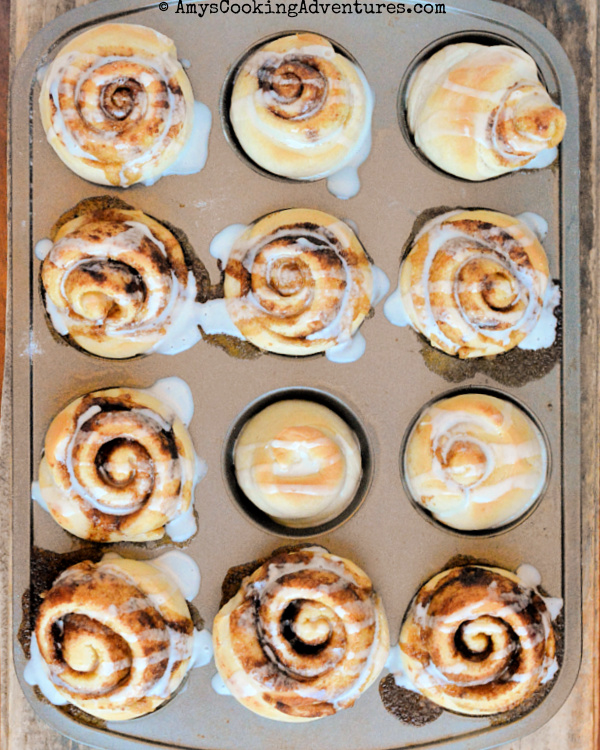 It all starts with Spud, who has very discerning tastes.  And by that I mean that he refuses to eat school lunch and insists on bringing a lunch from home almost every day.(I’ll take it as a compliment - he loves his mama’s cooking!)

Rewind back a couple months and we’re going through the monthly lunch menu seeing if there’s anything he’ll eat (one meal: taco in a bag), then I see him start deliberating…

There, at the end of the month, breakfast for lunch, including an egg and cheese omelet and cinnamon roll.

He tells me that he wants to eat school lunch that day.  But mom knows her son (and had lunch duty at his school three times a week) and I know that the only reason he wants school lunch is so he can have that cinnamon roll (there is no way on earth he’ll eat an omelet, which means he’ll have a cinnamon roll for lunch...that’s a hard no from me).

So I told him no.  And he marked it as a cold lunch with a sad face and told all his classmates how his mom was making him have cold lunch on cinnamon roll day.

I gave him a balanced meal (cold chicken, grapes, and bell peppers) with a homemade cinnamon roll for a treat.

I wanted to experiment with baking these in a muffin tin with the purpose of sending these in the cold lunch.  Mission accomplished!  The cinnamon rolls were delicious as ever and easy to pack in a lunch, making me no loner the meanest mom ever (especially since he got to bring a cinnamon roll for a couple days in a row!) 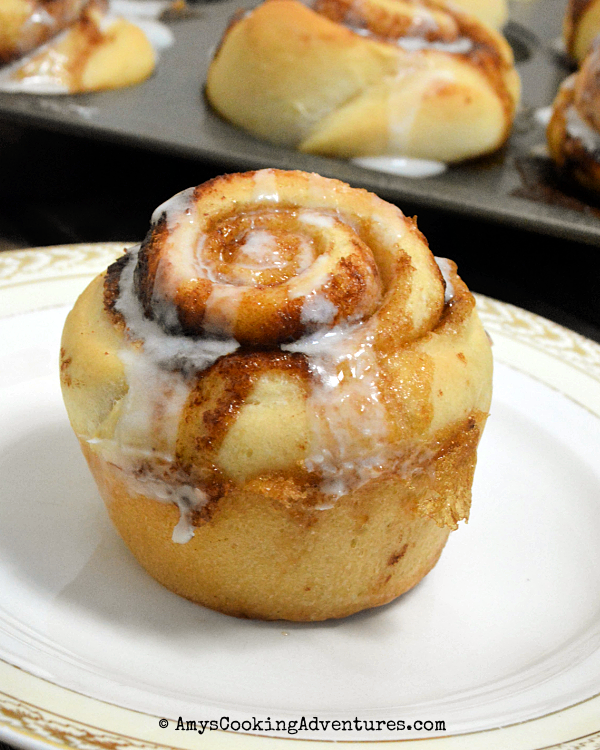 In the bowl of a stand mixer, combine the water, yeast, sugar, butter, egg, salt, and 1 cup of flour.  Beat with the paddle attachment until mostly smooth, about 2 minutes.

To cut into evenly sized rolls, use a strip of unflavored dental floss (or a sharp knife) to cut the dough log in half.  Then cut the half in half.  Last, cut each of the quarters into thirds.  You should end up with 12 rolls.

Arrange the rolls in a lightly greased 12-cup muffin tin.

Once the rolls are light and airy, place then into the preheated oven and bake for 20-25 minutes or until the tops are browned.