July 03, 2020
This post originally appeared on my other blog in 2014.  Since I'm no longer keeping it up, I'm migrating all of my favorites over here! 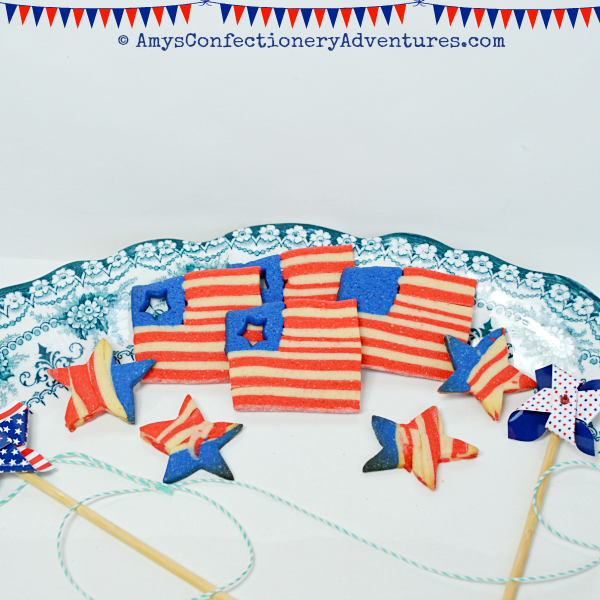 This year, I decided to make some easy flag cookies! (See my inspiration here and here)

To make these I split a batch of sugar cookie dough in 3 parts, one (for the red) slightly bigger than the others.  One part was left alone and the others were tinted red and blue with gel food coloring.

After that, I rolled the red and white dough thin, cut them in strips with a pizza cutter and started stacking!  After the long and short red and white strips were stacked, I rolled the blue into a long log and used a knife to cut it into a square shape and place it.

Then the whole thing was wrapped in plastic wrap and placed in the freezer for an hour. 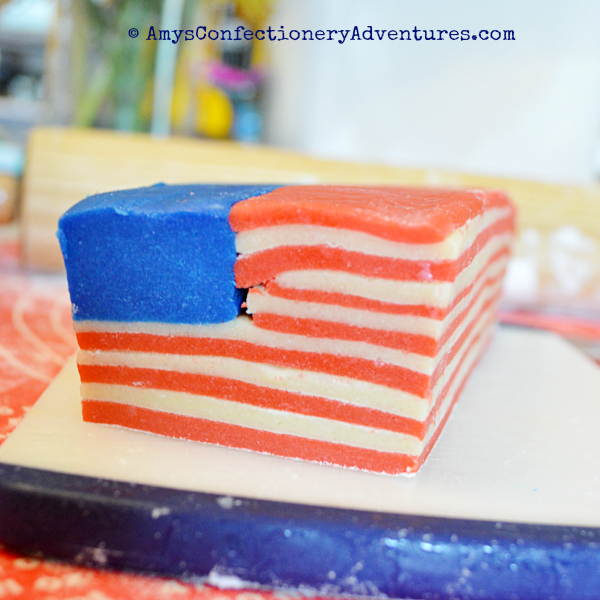 After an hour, the dough was removed from the freezer and the wrapping.  I trimmed all the rough edges and started cutting flags, cutting a tiny star into blue area of most of the flags!

Also – don’t discard any extra dough or trimmings.  Just squish it together and cut star shapes.  You’ll end up with some really neat patriotic stars (plus then the kiddos won’t whine about not getting to cut out sugar cookies – ha!) 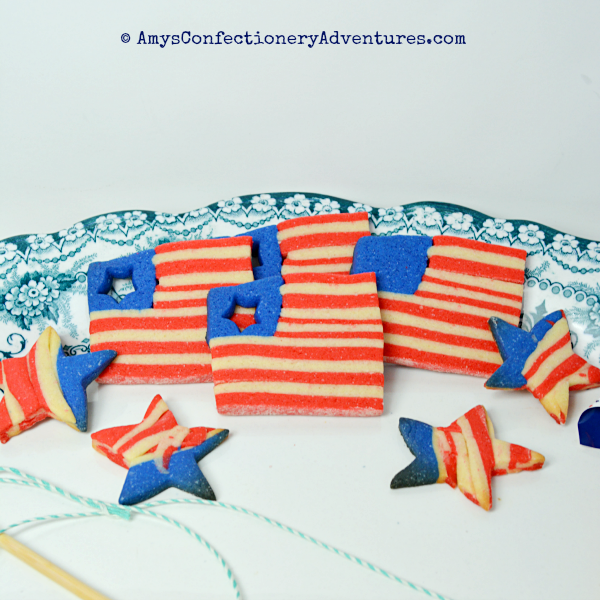 Have a wonderful & safe 4th, everyone! 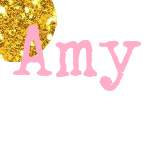