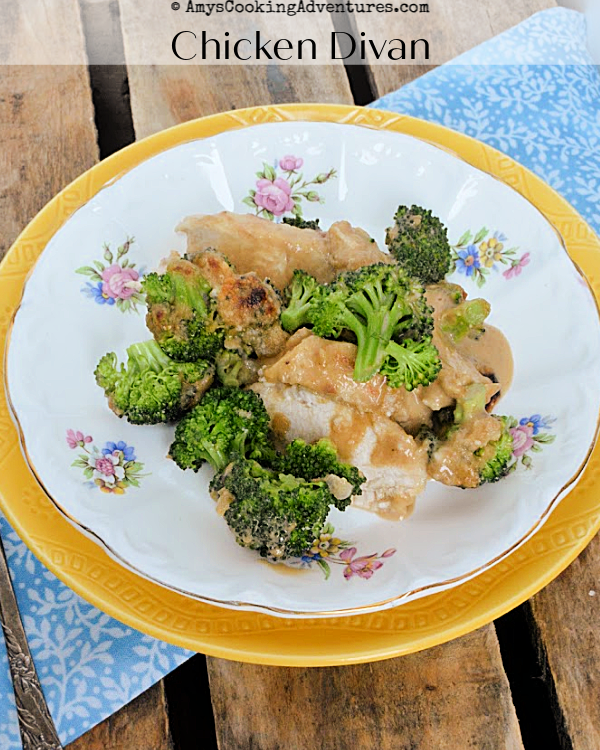 About a month into social distance/quarantine, I decided that I was going to start cooking my way through my cookbooks as a way of keeping myself challenged and entertained.  Plus it keeps me from falling into a food rut, plus I’m finally pulling out those cookbooks that I’ve never (or rarely) cracked!

I was gifted this cookbook, even though I’ve never seen an episode of Cook Country.  But I have to say, after perusing this cookbook, I might have to check it out.  I had numerous recipes marked as “might try”.  I made 4 of them and they were all amazing!

Fantastic cookbook! I've never watched Cook's Country, but I love the cookbook. All the recipes I cooked from this cookbook so far have turned out perfectly! Can't wait to try more!


The first recipe I decided to try was Chicken Divan.  In the very early days of blogging, I made two approximations to Chicken Divan.  I loved both at the time.  They were quite easy and used ingredients I was familiar with at the time.  Some of those ingredients aren’t even available anymore and a couple are ones I just don’t use on a regular basis anymore, since my own cooking skills and confidence have grown in the 9+ years since I started blogging. 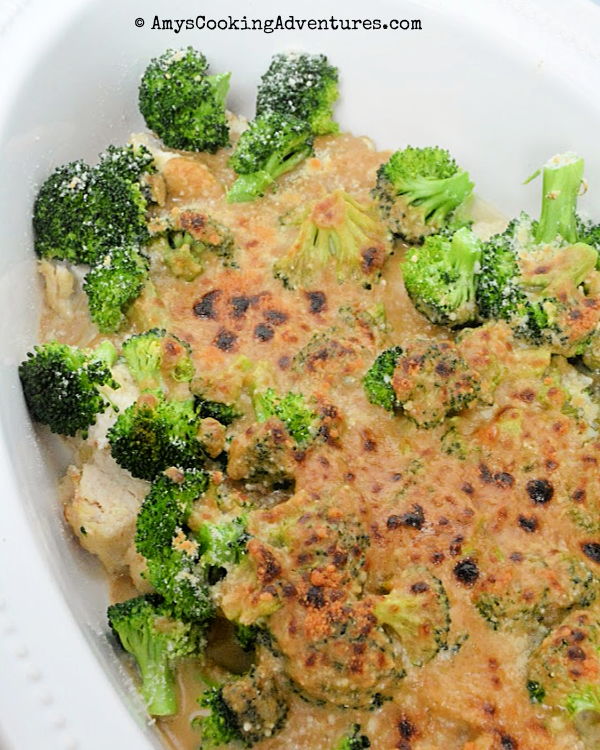 The first of the old recipes used a cheesy rice-a-roni as a base.  I had honestly forgotten that that one was even called “chicken divan” until I went looking.  I’ve been trying for years to recreate it, only succeeding recently with my Cheesy Chicken, Broccoli, and Rice Casserole.

The other was inspired by a little crepe shop in the Mall of America - I have no idea if that even exists anymore.  The recipe is very similar to what I had at the crepe stand, but neither recipe is really a chicken divan.

Chicken Divan is a retro recipe that was created in either the 1930s or 1940s (depending on the source) at the Divan Parisien restaurant (hat link goes to a vintage menu featuring chicken divan in 1943!) in Manhattan.

The recipe, which was never officially released by the restaurant (so any modern recipes are approximations of the original), consists of chicken and broccoli that are topped with a sauce.  Some say hollandaise sauce topped with parmesan, some say mornay sauce, others add dry sherry.  This recipe uses a combination of the three and it’s delicious!

As delicious as it is, it’s a very heavy and labor intensive sauce, so this lands solidly in on the “sometimes” menu rotation in my house! 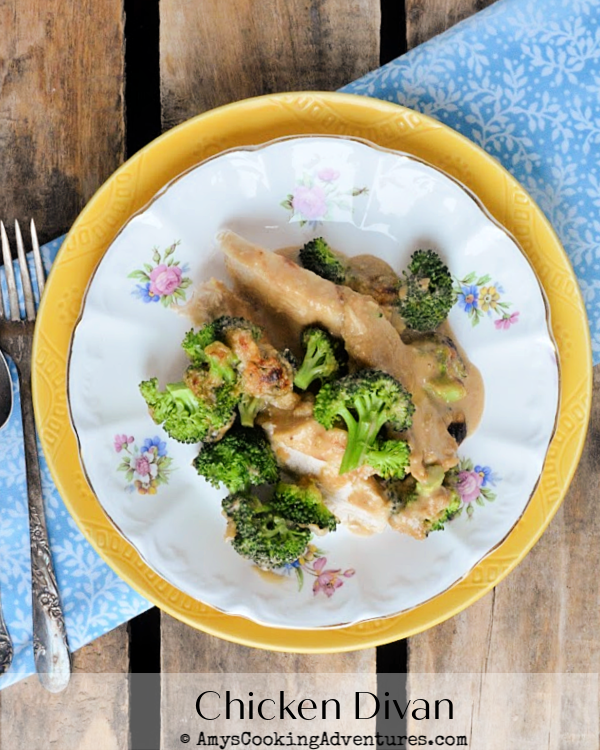 Heat the olive oil in a large skillet over medium-high heat.  Season the flour with salt and pepper.  Dredge the chicken through the flour to coat, then add to the skillet and cook until browned on both sides.  Remove from pan and set aside.

Lower heat to medium-low.  Add the onions and cook until softened, about 1 minute.  Add the broth and bring to a simmer, scraping any browned bits off the bottom of the pan.  Stir in the cream.  Return the chicken to the pan and simmer until the chicken is cooked through. Remove chicken to a clean plate.

Continue simmering the sauce until it is reduced to approximately 1 cup, about 10 minutes.  Add the marsala and Worcestershire, continuing to simmer until again reduced to about 1 cup.

Stir in the parmesan and remove from heat.

In a separate bowl, whisk together the egg yolks and lemon juice.  Whisk in about ¼ cup of the pan sauce, 1 tablespoon at a time to temper the eggs (so they can be added into the sauce without scrambling.)

Stir the tempered egg mixture into the sauce.  Whisk in the butter.

Steam the broccoli until crisp-tender.  Drain and place on top of the chicken.

Pour the sauce over the chicken and sprinkle with another tablespoon or two of parmesan.

Place the chicken divan into the oven under the broiler and cook until the sauce is bubbly and beginning to brown.  Serve immediately.