Disclosure: I received a complementary copy of Jubilee by Toni Tipton-Martin for review 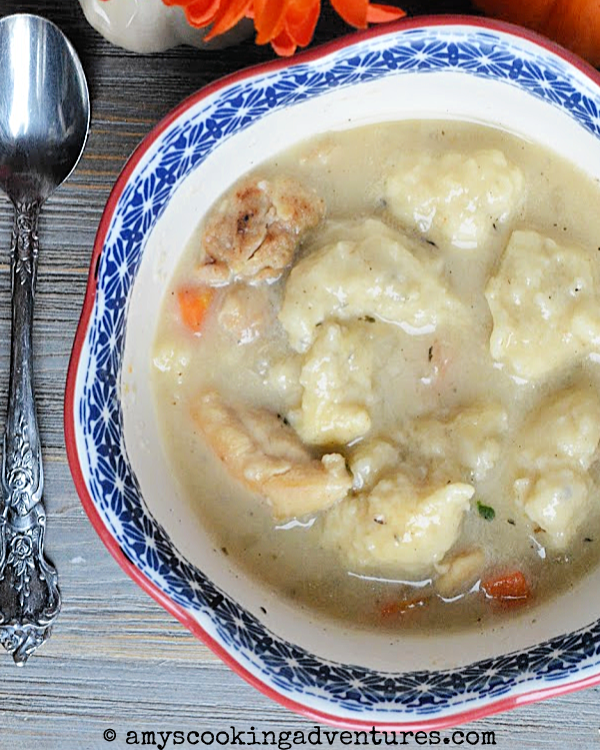 Jubilee: Recipes from Two Centuries of African-American Cooking: A Cookbook by Toni Tipton-Martin
My rating: 4 of 5 stars

Well written, and beautifully photographed. I learned a lot about the history of African-American cooking and how much more it is than fried chicken and soul food.

My favorite part was the inclusion of recipe snippets taken from Tipton-Martin's extensive collection of antique cookbooks. They added a fascinating dynamic to modern recipes.


Tipton-Martin traces the history of African-American cooking back to the days of slavery when culinary skills were typically developed either
1.      by necessity as in the field slaves who had to make do with whatever second-hand ingredients came their way or,
2.      by aptitude as slaves working in the kitchen.

It was a fascinating read.  Plus, the recipes looked amazing – I have many bookmarked to try!  My favorite part, however, was that Tipton-Martin included snippets from her collection of antique cookbooks next to many recipes, giving the reader a glimpse of how a particular recipe may have looked long ago.

I decided to make a home-style chicken and dumplings.  I adapted the recipe slightly, using boneless skinless chicken, instead of a whole chicken.  The recipe was a tad unclear whether or not the bone-in chicken was supposed to stay in the finished dish or not.  I knew my kids wouldn’t like bones in their serving, thus the adaptation.

If I were to make this again, I also think I’d skip the breading on the chicken.  I like that the chicken was browned first, but didn’t care for the breading, but that’s just me.  Even with this slight preference, the chicken and dumplings was delicious and definitely will be on the list of recipes to make again soon! 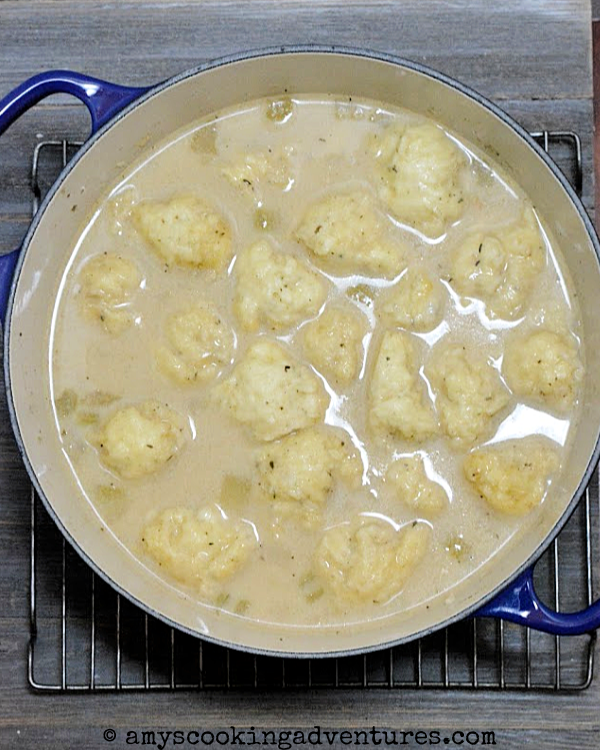 Heat a tablespoon of bacon drippings in a large soup pot or dutch oven over medium heat.

Place the chicken in a zipper bag.  Add the salt, pepper, paprika, and flour.  Close the bag and shake to coat.  Working in batches, add the chicken and brown on both sides.  Remove chicken to a plate between batches.

Once the chicken is cooked, add the onions, celery, carrots, and garlic.  Cook until softened, about 5 minutes.

Add the wine, thyme, bay leaf, and chicken broth.  Bring to a simmer.  Add the chicken and cook for another 30 minutes.

Meanwhile, make the dumplings.  Whisk together the flour, baking powder, salt, and thyme.  Make a well in the dry ingredients, and add the oil, eggs, and milk.  Stir until completely combined.

Remove the bay leaf from the broth.  Turn to medium heat and bring to a light boil.  Drop the dumpling dough, in 1-tablespoon portions, onto the surface of the broth.

Cover the pot and reduce heat to low.  Cook for 15 minutes without lifting the cover to steam the dumplings.

Once the dumplings are cooked through, stir in the milk and serve.