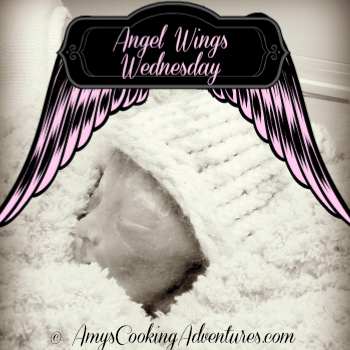 I’m feeling a melancholy today.  Maybe it’s the weather.  Maybe it’s that this was the week, last year, when I heard Sarah Catherine’s heartbeat for the last time.  The 24 week appointment.  I was still feeling dreadful and I was diagnosed with pneumonia at the appointment, but the baby’s heartbeat was strong and everything was looking good.

Anyway, today has me thinking about how God prepared me for this.  I feel like several things in particular were put in my life specifically to make sure I’d be able to handle this loss.

First was Dude’s pregnancy and birth.  I was very sick with him, and then had to deliver early for both our sakes.  And then I took a teeny tiny 4 pound baby home (no NICU for my tiny fighter), pretty scary for a first time mama.  He was a pretty healthy baby, but when he got sick, he got very sick (things like a croup/flu combination that nearly hospitalized him).

Spud on the other hand, his pregnancy and birth were much better.  While I was still very sick in the beginning, I was able to make it to term before he needed to be induced.  Spud was also a very healthy baby.

Though, he’s the one who gave me my biggest scare when, just before his first birthday, he swallowed a button battery (a garage door opener had fallen apart, unknown to me – perhaps I’ll share the whole story another time) and had to be airlifted to Mayo.  My baby was on a ventilator and sedated while doctors assessed the extent of the damage to his esophagus (very little as it turned out, we were very lucky).

After that, I had nightmares for months and a sense of foreboding.  I had this unshakable feeling that Spud wasn’t mine to keep.  That the Lord would call my baby back to him.  But Spud recovered quickly and stayed healthy and as the years went by, the worries faded.

Then I found out I was pregnant with Sarah Catherine.  It was a surprise pregnancy (but a welcome one).  I was very anxious about telling people about the pregnancy.  Though I’d never experienced a miscarriage, I worried that there was something wrong, that I wasn’t going to keep this pregnancy.

Even after we heard the heartbeat for the first time, the worry stayed.  I was a nervous wreck for my 20 week ultrasound, certain that I was going to hear bad news.  But with each appointment, everything looked great.  Absolutely no red flags or concerns.

And still I worried.

I had trouble imagining life with another baby.  Just like in the aftermath of Spud’s injury, I felt like this baby was not mine to keep.  I never really voiced this feeling, because it made me feel like a terrible person.  I wanted this baby, but feeling like I wasn’t going to keep her…it was confusing, so I kept it to myself.

And then, of course, we know how the story ends.  The 28 week appointment and the news I somehow had been dreading since the beginning.  My baby was gone. She was my first daughter and she had passed away in my womb.  She really wasn’t mine to keep.  She was always meant to be heaven’s angel.

Through all of that, God was there.  He was slowly, slowly preparing me for tragedy.  He started me off with a scary pregnancy and a very tiny (but feisty) baby, then a deep fear while keeping vigil over my 1 year old in the PICU at a hospital in another state, and finally that unshakable feeling that one of my kids was just meant for heaven.  I just knew.

Yes, God prepared my heart.  I was dealt small bits of fear and tragedy through the years, through my boys, to give me the strength to carry on when He took our little Sarah Catherine home to heaven.

I know we’ll never know why.  Not really.

There’s some divine purpose, but it isn’t clear.

As I come up on the 1 year anniversary of Sarah Catherine’s birth and death, I can only hope that it’s made me a better, more compassionate person.  Though I still working on it – the tragedy has made me impatient and easily frustrated.  But I’m working on it.  This all happened for a reason.  This year will be different.