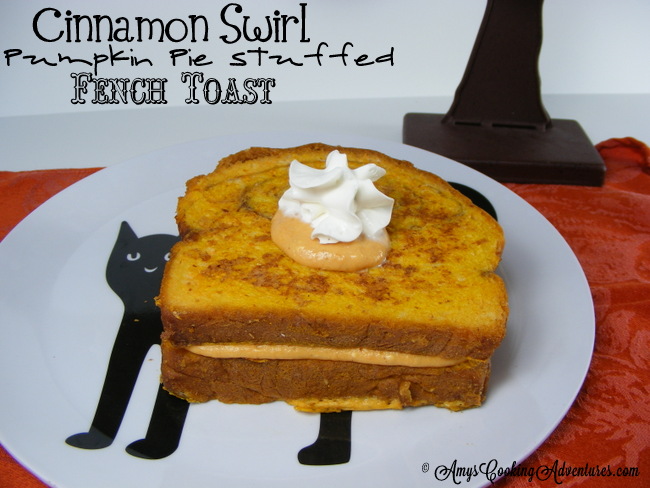 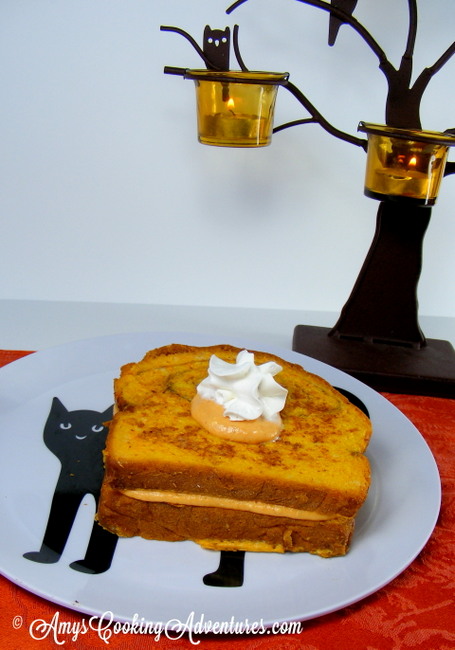 ps - don't forget to link up to the Halloween Linky below!

In a small bowl, stir together the filling ingredients until smooth.  Set aside.

In a shallow bowl, whisk together the eggs, pumpkin, milk, and vanilla.  Dredge the bread through the mixture until completely coated.  Cook on the preheated skillet until both sides are golden brown; 3-4 minutes per side.

Spread half the slices of French toast generously with the filling.  Top with a second slice of toast and a dollop of whipped cream.